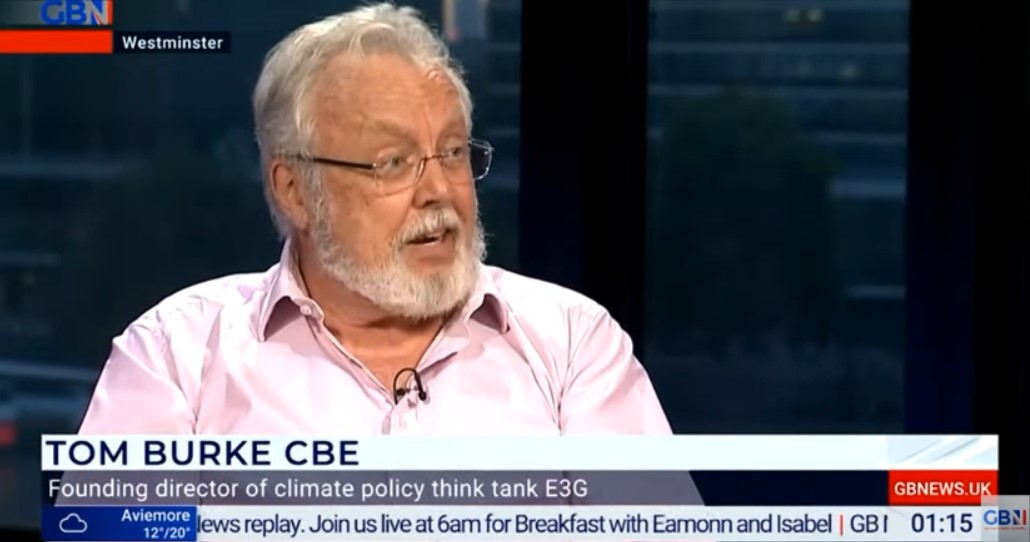 The record that we are looking at to measure the trend in temperature rise is not short at all, it goes back hundreds of thousands of years. There are a whole lot of ways that we can measure the trend in temperatures, for instance by looking at tree rings and by looking at the concentrations of different isotopes of gases in ice cores. We can get a very accurate assessment of what the temperature has been for hundreds of thousands of years. What is really important is that you can see how as time goes along the temperature goes up and down, the line is not straight, but then it really shoots up, and that has happened since around 1750, when the industrial revolution started, and you can see as the gases grow the temperature rises. Nobody in the scientific world is arguing about that at all.

People can say all kinds of things on TV, it doesn’t make it true. Things happen and people try to understand them. People come up with all sorts of theories about different things, and these ideas get swept up into newspapers and TV, and people think that they are valid conclusions. But that is not the same as what has happened over the last 40 years, where you have an enormous number of scientists reaching a consensus, after doing incredibly detailed research to check that what is being said is correct, because they are being challenged on it all the time. It is absolutely certain that over the last 40 years that temperatures have risen, nobody is arguing against that.

I don’t think that what has happened over the last couple of days has been hysteria at all. The idea that somehow all of a sudden everybody, and the met office, have all gone bananas because the temperature has gone up is laughable. There are really serious dangers here. We know what happened in 2010 across Europe, when we had a similar but not as intense extreme weather event as this, 30,000 people died as a result of the increased heat. People’s behavior is not hysterical, it is because they are really aware of the dangers.

As we have learned from covid, we really do need to enlist the public when you have serious threats to people’s wellbeing. I don’t think you should underestimate the public. I think that the British public are pretty smart at getting it right, when they are given good advice. And as the government found out, generally the public want to do the right thing, irrespective of what the government does. If you had driven through parts of London today, you would have driven through fires. There have been fires before but not like this. Something like 130 fire engines were called out to deal with the fires. We have got a real problem. We have had extreme heat and heatwaves in the past but nothing this intense before.

The government plan to meet the target they set to install heat pumps is not going to happen if they continue being as incompetent as they are being. What is really interesting about heat pumps is that you can reverse them. When it is cold you can use them to draw heat in, and when it is hot you can use them to push heat out of your house. They are really useful for helping people to deal with big variations in temperature, which is exactly what we are going to get with climate change.