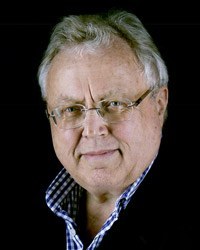 Tom Burke is a co-founder of E3G and chairs its Board. He is responsible for supervising the overall fitness of the organisation to fulfill its mission. He is a frequent media commentator on broadcast and print media, speaker at events and writes blogs. He has an active Twitter account with over 10,000 followers.

He is the Chairman of the China Dialogue Trust which produces a number of online publication that cover China and the environment. He is also a Trustee of Climate Advisors UK and other civil society organisations and a Visiting Professor at both Imperial and University Colleges, London.

He was the Executive Director of Friends of the Earth in the late seventies, of the Green Alliance for most of the eighties and was a Special Advisor to three Secretaries of State for the Environment from 1991-97. He has been a senior advisor for a number of major companies including Rio Tinto, BP plc; Standard Charted Bank. He has also served as an advisor in the Deputy Prime Minister’s Office and the Foreign Office. He was a member of the Council of English Nature, Britain’s biodiversity regulator, from 1999 – 2005.

He has a long track record of experience with international environmental organisations working with and for both non-governmental and official bodies.

Look Tom up on Who’s Who, Wikipedia or visit him on  Twitter and LinkedIn.