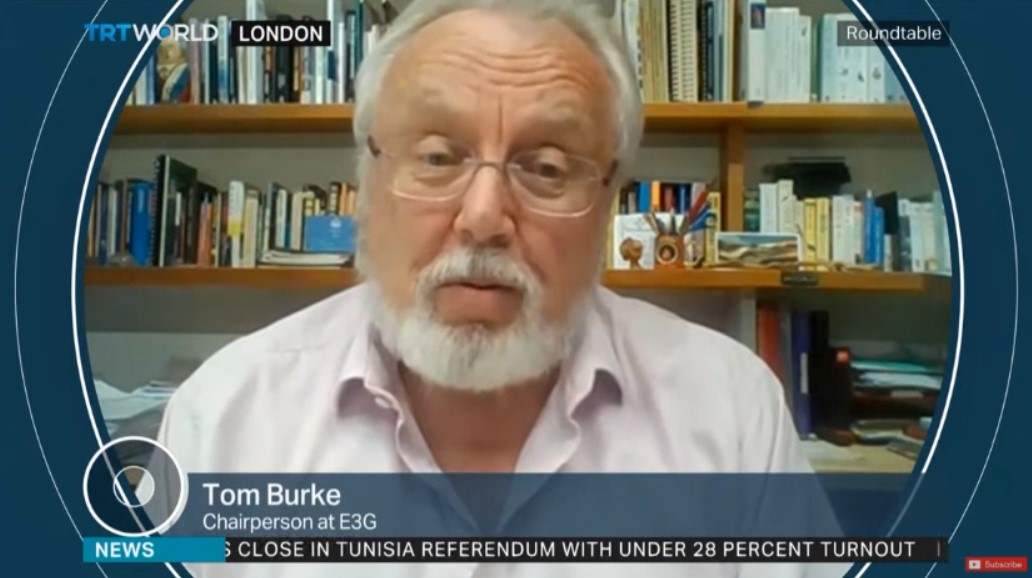 The only place there is hysteria about these heatwaves is in the Daily Mail, because climate change is something it has tried to deny for a long time, and we are now seeing that the experience that people are having is confirming what the scientists have been saying. The Daily Mail, and the politicians who support it, are well out of tune with where public experience is, and with what the public requirement from governments is. We have seen very clearly time after time after time in opinion polls that people want governments to do more. Not just in Britain where it is very hot at the moment, but all over the world. The “snowflakes” are the politicians whose ambition so solve the problem melts in the face of each difficulty.

The temperatures that we had on Monday and Tuesday were a personal taste of the future if we don’t do something about climate change. What we understand very well about climate change is that we can’t reverse what has already happened. But we can stop it from getting any worse. And it will get worse if we don’t stop burning fossil fuels. It’s a really simple thing that we have to do to stop it from getting worse. That is to stop burning fossil fuels as fast as we can. It is not just about what happens to temperatures or to health. It is about what happens to food and water security. When food and water security go, then you lose all kinds of political stability and social cohesion, you end up in a very unpleasant world indeed, socially as well as environmentally.

It is quite right to say when you have a short-term emergency you need to do short-term things. If you let short term emergencies cloud your view of strategy then you won’t get the economy right, you won’t win wars, and you certainly won’t win the battle against climate change. I don’t have a problem with somebody firing up a coal fired power station to deal with the fact that the Russians have invaded Ukraine. I would have a problem if people then concluded that we should go back to using coal as a way of supplying our energy. We are much more secure if we improve the efficiency with which we use energy, and we generate it from wind and solar ourselves. So that we don’t have to rely on importing it from countries that may be vulnerable.

The planet can cope with us making the occasional error. What it can’t cope with is us making a strategy out of something that will destroy civilization. What the scientists and governments are saying, and have been very clear about, is that we need to have stopped burning fossil fuels by the middle of the century. That isn’t saying that we need to do it tomorrow. We have got time to do it. But we need to get on with doing it, and we need to do it fast. We must not let temporary things, that we may have to do that aren’t compatible with that strategy, get out of proportion because of geopolitical issues, war, or other things. We need to be clear about what our strategic goal is. It is to stop burning fossil fuels by the middle of the century. If we do that, we won’t be safe, but we will be a lot safer than we will be if we don’t stop burning them.

I followed the advice of the met office and stayed inside during the heatwave because I am listening to the experts. I have been paying attention to what the experts have been saying for quite some time. What is frightening to me is how right they have been when they have described the future. What is really frightening is that is it happening faster, and it is worse than they were saying even two or three years ago. We really do need to pay attention to the experts. That is why I took such objection to the Daily Mail saying that we are all being hysterical, when, actually, the only people who are being hysterical are the Daily Mail.

These are some excerpts of an interview for TRT World News. The full discussion be seen here: