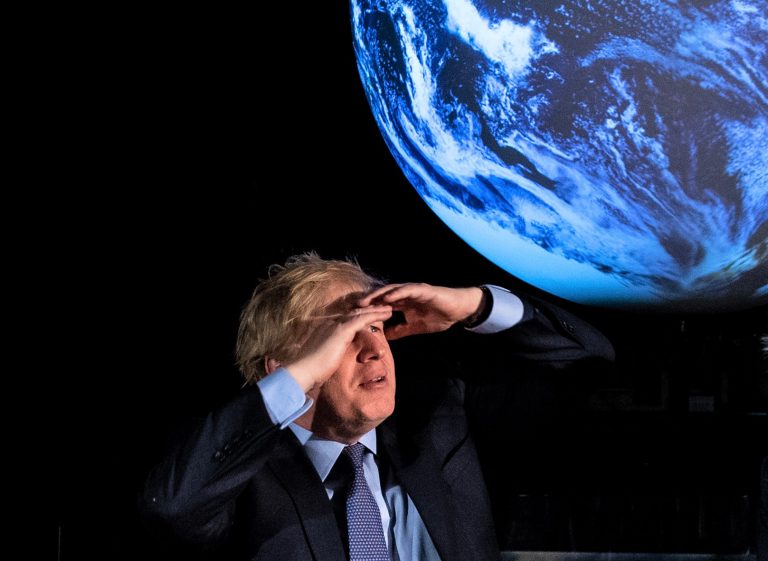 The cameras are gone. The tented city on the banks of the Clyde have been dismantled. Political misconduct reoccupies the headlines. COP26 is over and climate change is no longer prominent in the public conversation.

Was the UN summit last November, as former US Secretary of State John Kerry claimed, “the last best chance” to avert climate catastrophe? We had better hope not because that was not achieved. A climate catastrophe remains possible.

Progress was made. It was not all ‘blah, blah, blah’. Despite rapidly deepening global divisions, the world did come together in Glasgow. It agreed to end the use of coal. Pledges were made to raise carbon targets – 90% of the global economy is now committed to getting to net zero.

Other pledges will increase the flows of public and private money to tackle climate change. Coalitions of the willing were formed to drive forward progress on deforestation, electric vehicles and methane emissions reductions.

Governments agreed the threshold of ‘dangerous climate change’ in 2008 as a rise of 2°C. Recent science has made clear that this was too high. A rise of more than 1.5°C will now take us into ‘dangerous’ territory. If all the pledges made in Glasgow were actually delivered – a big if on current experience – we would be en route to a rise of 2.4°C. This leads some to argue that Glasgow, and indeed the entire UN climate regime, has failed. They are wrong. They misunderstand both the scale and difficulty of achieving climate policy success and the way international agreements actually work. They also overlook the progress we have already made.

Climate policy success means getting the world’s economies to coordinate their energy policies. This is certainly technically conceivable, but the politics of doing this are among the most difficult ever attempted. The EU, despite having successfully coordinated 27 countries into a single market, has not yet succeeded in creating a common energy policy illustrating just how politically difficult it will be to succeed.

Seen in this light, the United Nations Framework Convention on Climate Change (UNFCCC) is arguably one of the most successful global regimes yet created. Like almost all global policy regimes, it does not work through some formal compliance mechanism. Instead, it works by focusing political leaders’ attention at critical moments and by integrating climate change into other international institutions and mobilising them and non-state actors into influential alliances for climate action.

If the world had taken no action on the climate since 1990, when the negotiations to create the UNFCCC started, the rise in global temperature would have been 4.4°C. The promises made in 2015 in Paris reduced the projected rise by 30% to 3.1°C. If the pledges made in Glasgow are fully delivered, the rise would be reduced another 25% to 2.4°C. This is still a long way from avoiding dangerous climate change, but it is also progress.

The UK’s President of COP26, Conservative minister Alok Sharma, made ‘Keep 1.5 Alive’ his goal for Glasgow. It was not achieved. But, by securing agreement to try again to raise the ambition of countries’ commitments at COP27 in Egypt, sooner than previously agreed, he can legitimately claim that the door to a 1.5°C world remains open. However, he now has to lead the global effort to get through that door.

Sharma did rather better as COP President than many had expected. He was not known as a political heavyweight but he was willing to put in the countless hours, and air miles, required to build the understanding and trust necessary to broker ambitious international agreements. This paid off despite some very unhelpful decisions from the Prime Minister.

By seeming to care more about ongoing disputes over Brexit with the EU than climate change at a crucial G7 meeting just after he agreed to cut Britain’s globally respected overseas aid budget, Boris Johnson took a lot of political wind out of Sharma’s sails.

Fortunately for Sharma, this was offset, to some extent, by the legitimacy of Britain’s long-standing position as a climate leader. This goes back to the very origins of the UNFCCC, in which British ministers played a key role in overcoming a reluctance of the US to join. The passage of the UK’s Climate Change Act in 2008, which set up the Climate Change Committee, was a global first that has since been copied by other countries. Britain’s carbon emissions fell 38% below 1990 levels by 2019 while its GDP more than doubled, underpinning its diplomatic success.

Climate policy success is especially difficult because the world must not only get to a specific place – net zero carbon emissions – but it must get there by a specific time: the middle of this century. Keeping 1.5°c alive means getting another 35% reduction to the existing total of reduction pledges by 2030. Achieving this requires rapid progress in two key areas.

Sharma must get agreement from the larger governments to accelerate the flow of public and private finance into the energy transition as part of the response to restoring Coronavirus-impaired economies. He must also get agreement to do more to deal with the rapidly increasing damage that climate change is already doing to many countries.

Sharma will run into strong opposition as he tries to drive the world forward along these two essential paths to getting further emissions reductions agreed in Egypt later this year. He cannot hope to succeed unless Britain continues to lead by example and delivers on its own targets. Here, he may discover, as an old maxim about the House of Commons holds, that his opposition may be in front of him, but his enemies sit on the benches behind him.

The Prime Minister has made climate change a signature policy of his Government – in the headlines at least – consistently talking up his ambition to make Britain a greener, net zero economy. But the gap between his ambitions and his actions became ever more visible as Glasgow approached and it became clear that not all of his colleagues, the Chancellor in particular, shared them.

There has long existed a faction of extreme libertarians within the Conservative Party who see a successful climate policy as contrary to their minimalist government political project. They can count on the steadfast support of the media empires of Lord Rothermere, Frederick Barclay and Rupert Murdoch. Emboldened by the recent spike in gas prices, they are now openly seeking to eliminate the green levies that support the achievement of Britain’s climate targets. Not that this prevented MP Steve Baker, chair of the Conservatives’ European Research Group, or his Tory colleague Craig Mackinlay from voting to use a green levy to fund nuclear power recently.

The Prime Minister’s loss of authority, and potential loss of office, is now an open invitation to candidates to succeed him to seek support by abandoning his high profile green policies.

The next 12 months will be critically important as the world seeks to avoid a climate catastrophe. Alok Sharma has the unenviable job of leading the effort to make the most of this year in what is one of the few areas in which Britain retains any credible claim to global leadership. It would be wholly consistent with our current political malaise if his best efforts were defeated from within rather than without.

This article was origianlly published by the Byline Times