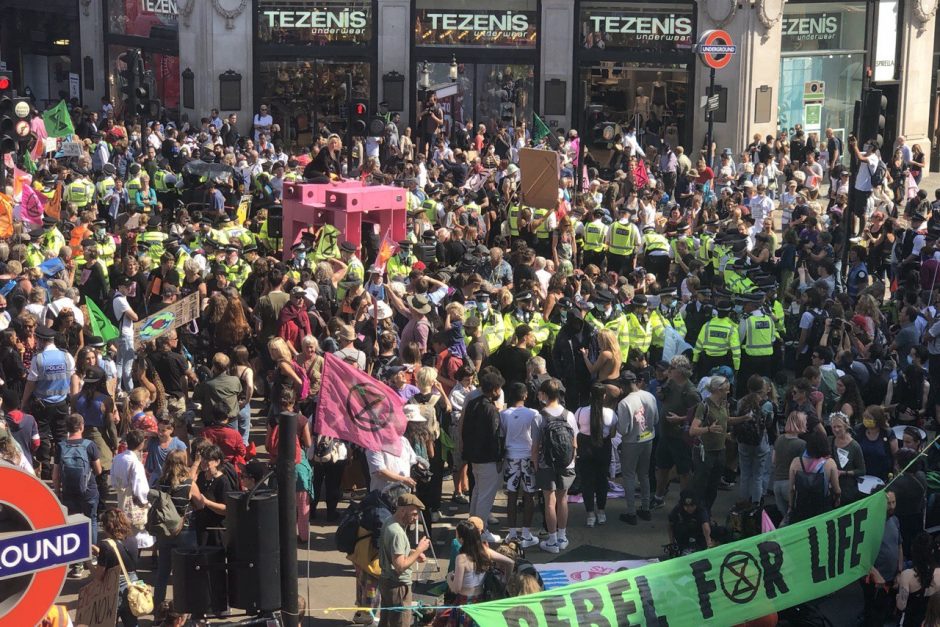 We have the alternatives already. The first and most important thing to do is to stop wasting energy, by very inefficient buildings, and to invest in improving the efficiency with which we heat our buildings, and increasingly cool our buildings, and in our overall use of energy. We can provide all of the energy services we need if we deploy the renewables: wind and solar, and other bits and pieces in there as well, at a scale that can make sure we can achieve the energy security we need. Provided we deploy them fast enough, and we set up the supporting regulatory systems, and the supporting infrastructure to make sure that those a services are available when people need them, in the case of electricity immediately when you put the switch on.

I understand the despair people may be feeling at the prospect we are looking at. But we certainly can stop it getting worse. We have already changed the climate and it will take a very long time to change it back to what it was before we started burning fossil fuels. If we don’t stop burning fossil fuels, it will go on getting worse day after day, month after month, year after year, and we do that, if that goes on, then we will find ourselves in a world in which civilization is basically impossible. But we can stop, as governments have actually committed to do. If we stop burning fossil fuels by around the middle of the century, then we can stop the worst impacts of climate change happening, but that is quite a big ‘if’ because while governments are not while they’ve made the commitment to doing that and they have identified that as a way of stopping the problem from getting worse. They’re not yet doing enough, fast enough, to actually make that possible.

I think Extinction Rebellion and the protests that are happening at the moment are an enormous reflection of a very widespread public anxiety about climate change, perfectly understandable as you watch what’s happening when the floods or the fires you start to see those same things happening here in Britain, people are really a right to feel very anxious and Extinction Rebellion kind of giving voice to that anxiety. The real problem is with politicians, frankly they spent too much time disagreeing with each other, both inside the government party and between the parties, and not enough time on focusing on the things we need to get done right away and urgently. Extinction Rebellion job of playing a really valuable function in drawing attention to the issue, starting the conversation and keeping the conversation going, and that real conversation is about when the politicians going to step up and actually make the decisions that are necessary.

Of course, it’s true that China must do its part, as does the United States and Russia, and everybody else, there’s no way we’re going to solve this problem, as it were, by acting on our own. But if we don’t act ourselves how on earth can we persuade other people to act? The better thing to focus on is that we have got to do the best we can to give an example that the world can follow. Now what’s actually happening in China, certainly they are continuing to use fossil fuels at a rate that is not sustainable, but they are also the fastest deployer of renewable technologies in the world. So there is a bit of Xenophobia creeping into that argument that somehow it’s all China’s fault. It’s not all China’s fault. We need to do what we have said we can do, if we want other countries to do what they have said they can do.

The message is getting through very clearly, they have got massive floods going on in China at the moment very destructive floods. Their economy is the most exposed large economy anywhere to climate policy failure. Climate policy fairly will destroy prosperity and security for the Chinese people probably faster than it will in some other parts of the world. There has been a clear consensus on climate change for at least the last 20 years, 90 odd percent of scientists have agreed that the climate is changing and it is an urgent problem for us to deal with. I think what you saw was a lot of political opposition because that people who what small government, have got a problem with climate change because it requires big action on the part of governments. So, there was a lot of ideology driving the denialism, not really respectable analysis.

These are excerpts of an interview for BBC London Radio. The full interview can be listened to here: