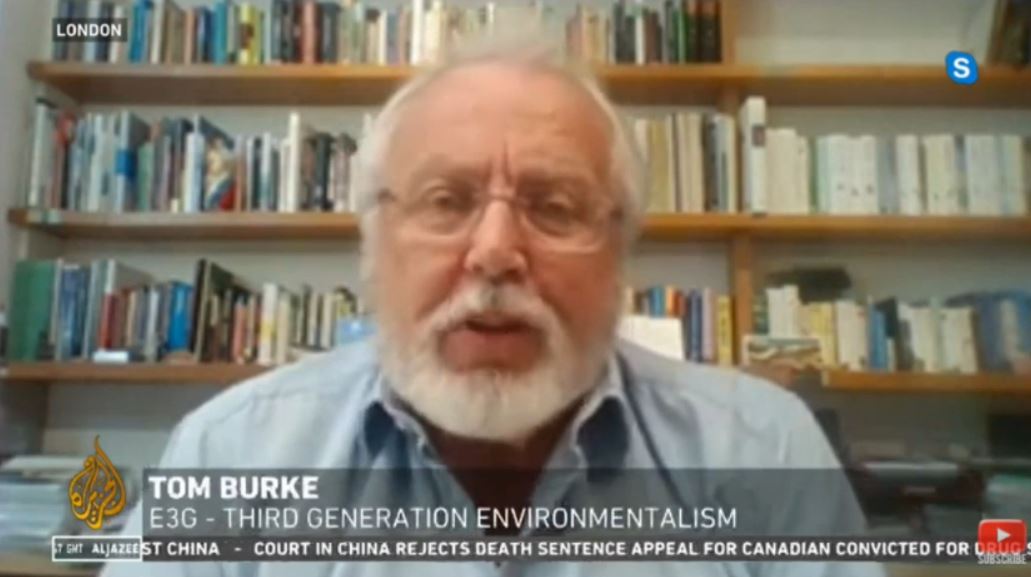 We have been talking about this for years. The scientists have been telling us that we should pay attention. The military have been telling us, since the end of the last century, that we need to pay attention. The public has got very anxious, as the experience they are having of fires and floods had validated their view of the science. The people who are not listening are the politicians. We know what we need to do in order to avoid the worst effects of climate change, and we know that we can afford to do it. What we need now is for the politicians to step up to the plate and adopt the policies. We need to make what is possible real.

I don’t think that we are seeing climate fatigue. There really isn’t a problem with the public, whether they are old or young. Polling all over the world shows a rising level of anxiety amongst the public. What we are seeing are the incumbents, the people who have really intrenched interests in the current energy system, digging in very deeply and resisting change. That is why the emphasis is on the politicians, because the public need the politicians to protect them from the efforts of the incumbents to stop us from changing our energy system.

We really do need to focus on smarter ways of building. The most rapid way, and the cheapest way, and the most dramatic way we can reduce emissions is to reduce the carbon associated with heating and cooling our buildings. That is the first thing we need to do, that should take priority. After that, the things we need to do are to change the power system, basically to stop burning fossil fuels to make electricity, and use renewables, and the increasing technology, and storage that is available, to make electricity without carbon. Then very importantly, next we need to get rid of the use of fossil fuels for mobility. So that means first and foremost electric vehicles and cars for light transport, and then as we go further down the line we need to invest enormously in getting carbon out of shipping, and getting carbon out of aviation. But right now the best thing to do with transport is to accelerate the deployment of electric vehicles. So those are the priorities going forward. There are some other things that we need to do that are going to be more difficult, so we need to buy time now, we need to get the easy things to do done very, very, rapidly indeed.

I think that China has a very big problem, as do India, Russia and all the other countries, in a way trying to sort this out in terms of per capita emissions is not a problem. Carbon is fungible, wherever a carbon atom is emitted in the world it is going to have an effect on everywhere else in the world. We are not going to get far if we say you have got to do more because you are creating more of the problem. We have a collective problem, and we have to solve it together. If climate policy fails then we all lose. I don’t think that the Indian government is helping it’s own people or anyone else by turning this into a blame game. We are not going to get anywhere if nobody will act unless everyone else is acting. This is a problem for the politicians to sort out, because politicians need to give a lead, and you are not giving a lead when you are trying to blame someone else for the problem. So, as much as I understand why people think that it is very unfair, because some people have created more of the problem that other people, I simply do think that we are going to get very far if the discussion is about who has to act first before anybody else acts. The people who are going to suffer the most are all the small countries in Africa, in Oceana, in the Caribbean, especially the small island states, they are the people who are going to suffer the most, and they are not the people who are blaming everybody else.

I think there certainly is a disconnect. The politicians are more subject to pressure from the incumbent and entrenched interests, than they from their own populations. When they can do things together in their communities, people are really willing to do stuff to sort the problems out. So, there is a really important role for mayors as the leaders of cities, to fill some of the gap in translating problems, into solutions, into actions. They can fill some of the gaps that are being left by politicians at a national level. So we don’t only want to look at what is going on at a National level. We also need to look at what is going on in all those cities and towns, where there are loads of examples of people coming together with local leadership and really getting on with solving the problems.

What we have seen all over the world from the corona virus, is that people, whatever their culture, are willing to do the right thing when you clearly explain to them what needs to be done. That is what gives me hope that we can deal with this problem. But to do that, we need politicians to give a much better lead than they are giving at the moment.

These are excerpts of a discussion for Al Jazeera. The full discussion can be see here: