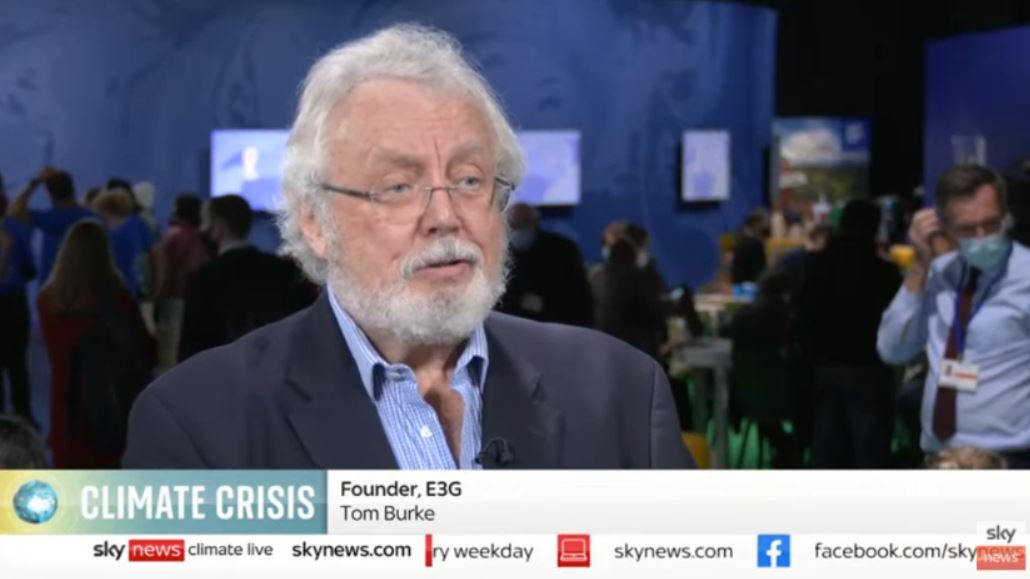 What Prince Charles is doing over these two weeks of COP26 is advising, warning and encouraging. He is also initiating actions in areas where is it hard to get started. The thing about any piece of innovation is that you have got to get it started. What he is able to do is do bring people together so that you start on a scale that can be developed from, and I think that matters a lot. It is not something that gives you a result in terms of a headline out of the conference. But it is something that makes a difference in the real world. And the real world is where the climate is changing. Prince William is also stepping up, so you have now got a consistent thing through the Royal Family, over the decades, from the Queen and Prince Philip, and on to Prince Charles, and on to the next generation with Prince William taking a leading role. They each bring a different focus or emphasis. It is now a family tradition.

I have been to Madagascar a few times. I have been to the south part of Madagascar where the problems are occurring. When you fly over Madagascar you can see that the forest has gone everywhere. It illustrates a really important dynamic in climate change, it adds stress to already stressed situations. So, deforestation has been going on for a very long time, particularly on the western side of Madagascar, now this drought stressor has been added to the existing stresses, and we can see the results. Now that is happening all over the world, perhaps not as dramatically, but not just in Madagascar. But if you want to look at the future of many parts of the world, including parts of Europe, you are going to see drought making parts of southern Europe uninhabitable, if we fail to deal with this problem. You could see what is happening in Madagascar and the prequel to climate change the movie, and if you don’t like the prequel, then you probably won’t like the movie very much. Now, I t will manifest itself differently in different parts of the world. But the same dynamic of already stressed situations having that stress multiplied, will be happening in many parts of the world. As we saw in the extreme weather events last year.

Human beings have enormous resilience, even under the most extreme circumstances, that we are already seeing in places like Madagascar. I disinclined to say that it is too late for places that are already experiencing extreme circumstances, but it is definitely a signal to hurry up, and get on with it. That is the message that came out of the G20 and that has been repeated here at COP26 by leaders. So that means we now need to be saying: where is the action? What are you doing? Where is the money? Those are the things that really matter now. We have got to get on with it.

If you look around the world and you see what people are doing in there communities, stuff that doesn’t get in the headlines, but there is a response everywhere in the world by people who are never going to be famous, or well known, or get on a stage, but who are actually getting on with doing what they can, in their own life, in their family, in their community. And all of that builds up and it helps to make it easier for politicians to act. The people who have a block about this, are not the public around the world, they are the politicians around the world.

I am not disappointed at President Biden. I am disappointed in the United States Congress. Particularly the republicans in Congress, and a couple of democrats, but the republicans have given those two democrats rather more leverage than their own party would give them. So, it comes back to being about the politicians. What is interesting about America, is that despite what we saw in the headlines, and Trump’s withdrawal from the Climate Agreement, but loads of this happened in America, at city level and at state level, and amongst citizens themselves, people got on with doing stuff anyway, even in America, despite this very strong message from the government at the time, that climate change isn’t a problem, a bit like the message from some governments that COVID wasn’t a problem. It’s another sort of denial of the real world, which is not good for anybody. So, I am disappointed in what Congress is able to do, but I am not disappointed in the president to doing the best that he can to bring what America can bring, which is tremendous ingenuity, and resources to tackling this problem.

The huge amount of money that goes into subsidising fossil fuels around the world seems to be insane. Why would you run water into a bath without putting a plug in, it is exactly that stupid. We have got to get carbon out of the atmosphere why are you subsidizing people to put it in, when you are spending money elsewhere to try to stop them from doing that? It is just completely contradictory.