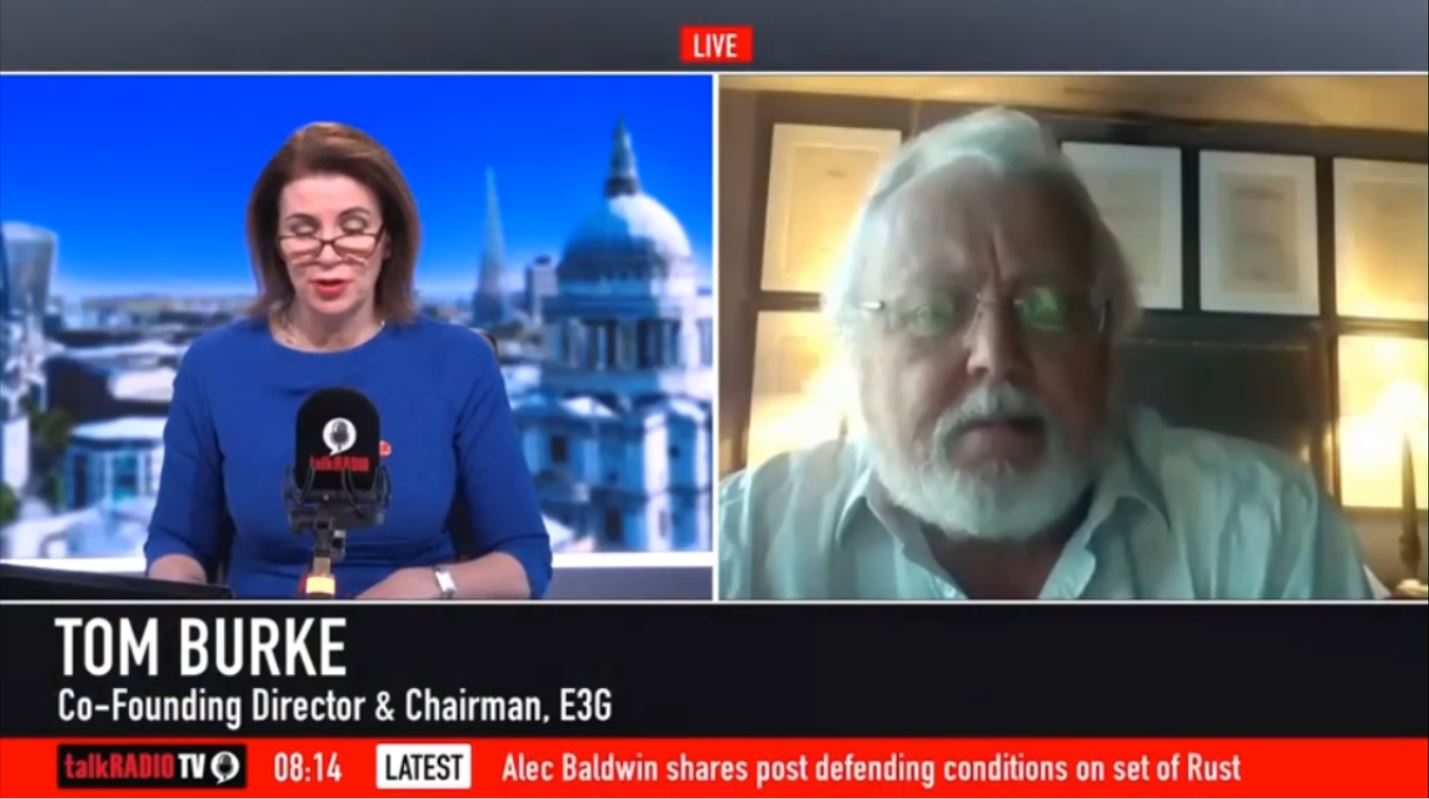 COP26 has certainly achieved something, it’s just not achieved enough. I think we are continuing to turn the corner we started turning in Paris. We are moving from a policy where we are trying to constrain things, to one in which were increasingly trying to take the opportunities of solving the problem.

I think a lot of what we have been hearing from the Prime Minister, and from the other heads of government, and what I suspect that we are about to hear from the Chancellor, is that people are seeing that the opportunities of solving the problem of climate change are now increasingly a more important focus for progress.

You can’t get new technologies without paying for them, so people are going to have to pay for them. The question is whether paying for them is a better deal than letting the problem continue, and ending up paying to restore your house after it has been flooded.

We are certainly going to have to pay for the things we need to do to solve this problem. People are much more incentivised to pursue opportunities, than they are to observe constraints. I think if people see a better, brighter, safer, more secure future, then they are willing to pay for it, as indeed they always have been.

We need governments make sensible policies, particularly globally. Governments can do really dumb things that make the costs of the transition unbearable, or they can do smart things that not only make it the transition less costly in the short term, but that also actually make it beneficial to people’s households and income in the longer term. So, it is a question of what kind of government policies you have that mobilise financial resources behind them. Bad policies will get bad results.

The transition is not just being driven by responsible moral behaviour on the part of companies. It is being driven by central bankers, not even by politicians. What is driving this is that climate change is a real threat to macro-economic stability, and therefore a big risk to prosperity everywhere. And the fact is that if companies don’t incorporate that risk into their plans then they won’t succeed in delivering goods, and they won’t succeed in delivering revenue.

Capital doesn’t always do what it’s supposed to do, or what is in it’s best interest to do, and quite often it cheats it’s customers. So, we do have to have rules, and these are good rules that will help make sure that business takes onboard the real risk of climate change.

People’s pensions and investments are already at risk from climate change, and that is why it is all the more important that the pension fund industry and the insurance fund industry actually get on with the job of spreading their risk, and don’t concentrate on easy punts into fossil fuels, which have delivered very good revenues in the past.

These are excerpts from an interview for Talk Radio during COP26. The full discussion can be heard here: