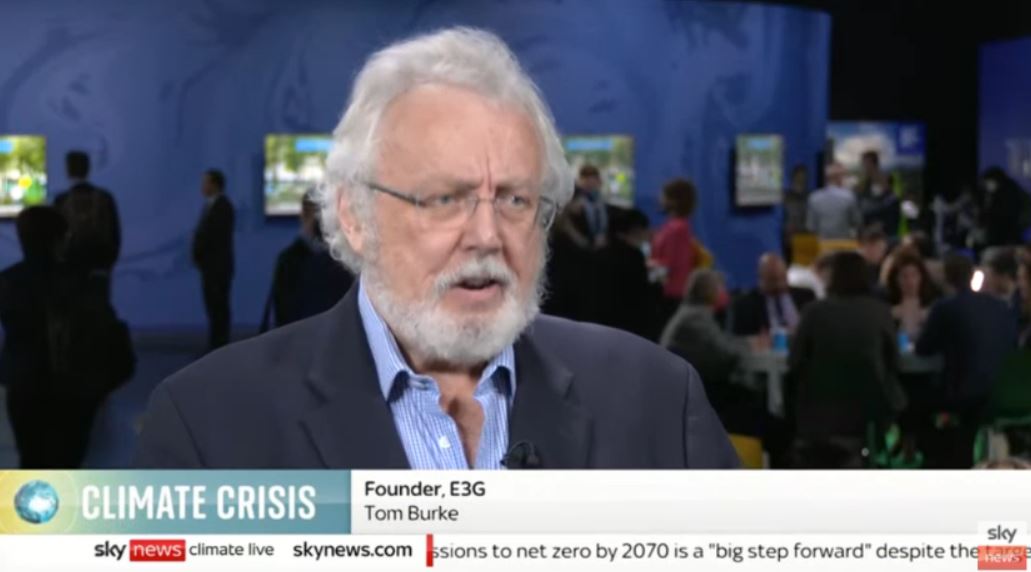 I don’t think that it matters as much as some people might think that certain leaders are not physically present at COP26. The have very strong delegations here. Particularly these days, as people are very used to the idea of zoom, I don’t think it has the same significance as it might have done before. What matters is the signal that they are giving, and by sending messages they are sending a political signal. The signal that they are sending is what matters, because after this segment with the leaders is over, we go into these long periods of negotiations for the next ten days, where officials are taking that signal and translating it into these negotiations. So, the strength of the signal matters more than whether someone is actually in the room or not.

Brazil really does need to send a strong signal, because the Amazon in particular acts both as a sink for carbon dioxide, but also if you destroy it, it becomes a source but adding carbon dioxide to the atmosphere, and of course the Amazon also matters for all the other reasons that is matters, do with wildlife and biodiversity and so on. Bolsonaro has send much stronger signals domestically over the last few years, that it is fine to burn down the Amazon. So, I am not sure that the signal he sent to the world today will over-ride that signal that he has been sending over the last few years. His ability to stop what is happening in the Amazon is quite low. But he has actually put the pledge on record now, which is a first. We now have much better remote sensing, we can do almost real time tracking of what is happening in forests everywhere, not just in the Amazon. That means that we have a better change of checking that people are doing what they have said that they will do or not. So we are able to monitor that now, not just with forests, but with other pollutants as well we are able to do real time managing. That is a virtue of advances in technology since Paris.

What has been announced by Brazil helps us to stay on a path to 1.5 degrees, on it’s own, it is not going to get us there, any more than any of the other individual things that we do. But what matters most now, particularly because we have got to mobilize lots of private sector investment to drive the big amount of change, is there needs to be confidence that governments are actually moving us forward, and they are serious about getting us to 1.5 degrees. What that does is it mobilizes opportunity seekers financially, people who see getting to net zero as an opportunity. We tend to hear a lot from people who see getting to net zero as a constraint because they will have to stop what the are doing. We tend to hear a bit less from those who are seeing it as an opportunity, because they are very busy getting on with taking that opportunity. There are winners and losers in all of this.

There are leaders and followers, and if there is nobody leading, then it is hard for the followers. If we did have a very strong agreement from China and the United States, then you would mobilize so much opportunity seeking in the rest of the world that it would take us down the road to net zero even faster. The signal that came out of the G20 was really clear: We have got to got faster and it is the next decade that really matters. A really ambitious agreement from China and the United States would be really helpful, but I don’t think that we are going to get it, not this week.
We have not fulfilled the funding promise that we made of one hundred billion. We have not got there. Now we are talking about getting there by 2023. I think we are talking about that in a way that is more credible and will do the job. That is one bucket of money. A much more important bucket of money, in many ways, is what we get from the Royal Bank and the other international financial institutions to help with recovery. It is not only about the amount that is given it is also about how fast that money comes.