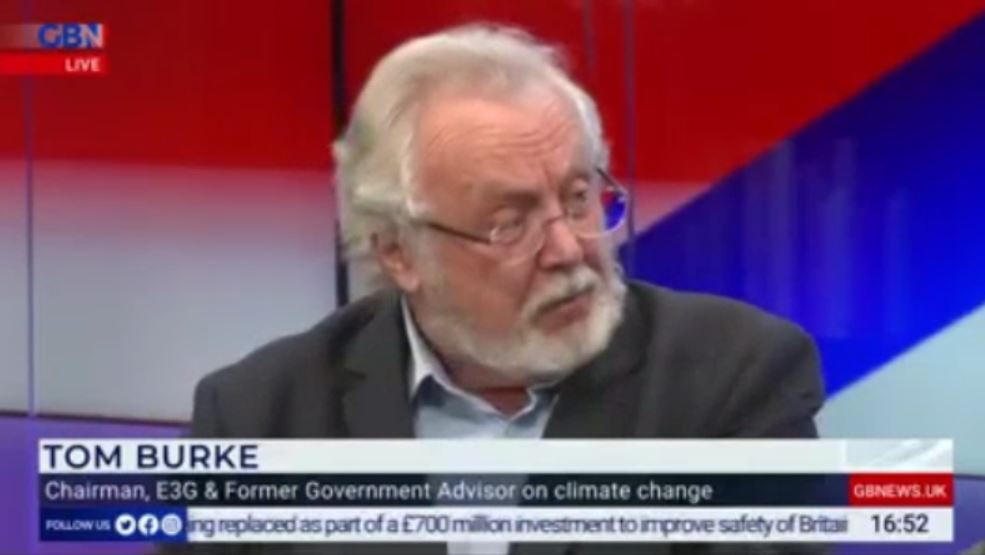 COP26 is very serious, and we had better hope it gets somewhere because if it doesn’t get somewhere, then we are all going to be in a lot of trouble. I think three things need to come out of it. The first thing that we need to do is deliver on the promises that were made in Paris, especially 100 billion of additional money, and there is a good chance we’ll get to that. The second thing we need to do is, people have got up their targets to keep us close to the 1.5 to 2 degrees that people are talking about. So, we have got to get more of a commitment out of countries that aren’t doing enough, particularly countries like China, Brazil, and India. Then the third thing we’ve got to do is we have got to accelerate. So, beyond the COP, because the COP isn’t going to be over, it’s not a cup final, we have got to accelerate progress towards actually getting carbon out of our economy.

We need to decarbonize because all of the extreme weather we have been looking at over the last two years is result of putting too much carbon into the atmosphere. So, if we don’t want more of that extreme weather, and if you keep putting the carbon in to the atmosphere then the floods and droughts and fires that we’ve seen will continue getting worse, and then the consequences for food security, water security of those events will get worse, and that will destabilise the economy and will destabilise security around the world. So, it is pretty important that we get this right.

We would be very foolish not to believe that we have had an impact on our climate. It is true to say that climate has changed over history, but history is a very long time. Climate hasn’t changed while civilisation has been around, climate has been stable for the whole period that human civilisation has been here, so that’s hundreds of thousands of years. We have done things in the last 200 years that bring about changes are happening inside decades so we have no experience of that. Population increase has made a big difference.

There are 8 billion of us on the planet now, one billion people could do things that 8 billion people can’t do. Plus, we have a lot more impact because its 8 billion tech enhanced people on the planet now, and we’re all lot wealthier. Even the poorest people, in some sense, are better off now than people were before, so they have more impact on the planet, so we have a bigger problem to deal with. There are lots of things that we can do about it. This is not a problem we can’t solve.

The planet will survive, it’s civilisation I am worried about, because I like it. That’s what’s at stake. It’s order and stability, which are things that everybody actually wants and needs, in order to have a decent life, that’s what’s at stake. I think the three questions are: are we going to get 100 billion? Are we going to get an agreement on somewhere around 69 gigatons more carbon being taken out of the atmosphere? Are we going to get agreement to meet more often to review how far we’re getting? Because the science reports keep coming in worse, every time we have a new report, the science tells us it’s worse than we thought it was last year. So, are we going then speed up the rate of which we review what we’ve done and work out whether we’re going to do more or not.

It is important that leaders meet face to face to discuss this because diplomacy works better face to face, because a lot of it depends on the relationship between people. So, I’m not going to get worried people flying to meet at COP26. I get a bit more about the prime minister, flying around the country what seemed to be constituency meetings in a private jet.

These are excerpts from an interview for GB News. The full discussion can be heard here: