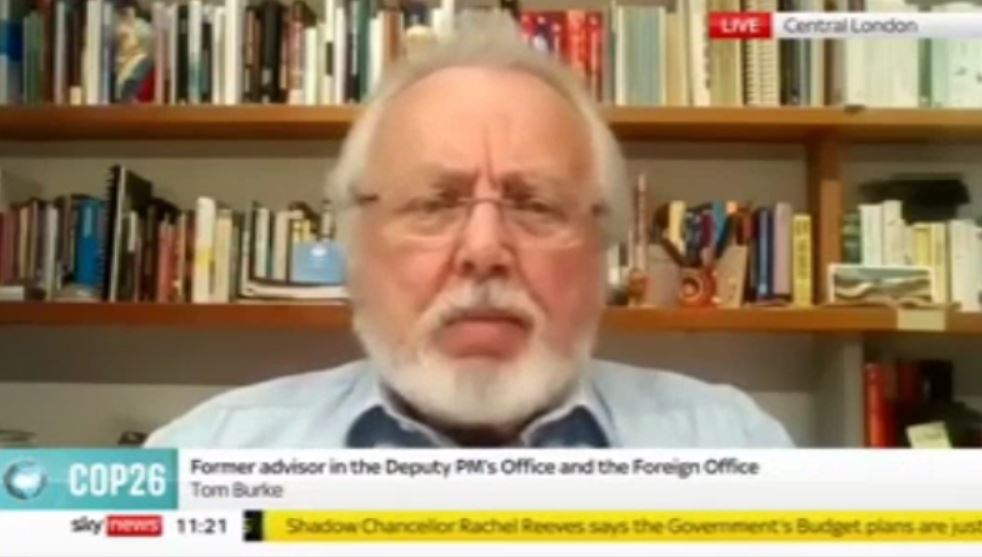 I do think that something concrete will come out of COP26. I think we’ve got quite a lot of momentum beginning to build now, but it’s not going to be enough to really tackle the problem, to get us where we need to be. I think there’s less risk than people might have thought of the whole thing falling apart. If that happened, it would be catastrophic. This is a rather different kind of agreement than Paris was. In a sense, what Paris did was to establish the global regime for going forward, this COP is really about how do we take operation be make it work on delivery purposes.

So, what we’re looking for out of the COP? The first thing is, Are we going to deliver on the promises we made in Paris? and in particular are going to deliver on the promised to deliver the 100 billion dollars a year in money to the poorer countries? Secondly, are we going to increase our ambition from what is currently in the targets that governments to put together. We need to get rather more just to keep the idea of well below 2 and 1.5 if possible alive. It is quite clear from the way that the science has changed, and the way that extreme weather events are now appearing on our screens all the time, that we have got to accelerate the pace at which we do things.

So quite important, therefore, to look for any signs that instead of meeting to review progress every 5 years. We think about meeting every couple of years to review progress. So that as the urgency grows the response grows. Well, I think one can make a bit much at the fact that president Xi not going to turn up in person. It’s not yet clear that he won’t actually deliver, as he did to a COP of his own on biodiversity in China, where he delivered a video message. He hasn’t left the country for two years, so I am not sure we should read too much into the fact that Xi won’t be there.

The last time we heard any announcements about the money that has been promised to help poorer countries, we were getting very close. So my guess is that we will get over the line. But the money that has been promised really is the minimum requirement. That’s not going to build confidence, and one of the issues in the background of this is the fact that we have to be doing something that’s fair for everybody, and because

The real advantage of having leaders come together is that their personal dynamics can make a real difference, but people don’t just come to these meetings with a briefing on climate change, they come with all the other things there are their minds. What’s happened, and we have seen it very clearly over the last two years is climate change is graduated from being an environmental issue, a kind of nice to have, to being a central issues of prosperity and security. And that means it connects to all the other issues that are on people’s minds, the big geopolitical issues. So, you can’t just think that you can make progress on the one issue without somehow making progress on other issues.

Well, I think we showed ourselves in the past, very definitely to be a leader, with Climate Change Act and the actual progress that we have made in decarbonizing out own economy. I’m not sure the Prime Minister has taken full advantage of that, in terms of the way in which we have seen you’ve seen lots of conflict within our own government about how much effort we should put in, and what sort of political price we are prepared to pay in order to make progress, and because the host is very important in these sort of meetings, I think the fact that we are not walking the talk as well as we could be is not a good sign.

These are excepts from an interview for Sky News. The full discussion can be heard here: