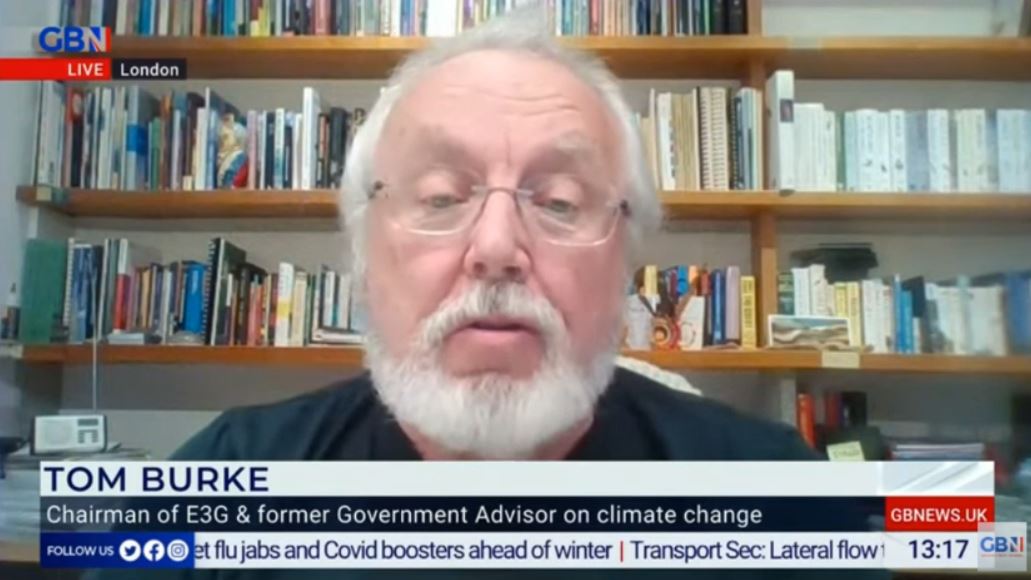 The energy crisis is a very bad way to put a carbon price on, which is a favorite tool of economists for solving the climate problem. I certainly wouldn’t want to do it this way because it has a really bad impact on those who are least able to bear it. That means you have got to get the policy right, which, frankly, the government isn’t doing. The best possible way to reduce our dependency on gas and the best possible way to reduce our carbon emissions, is to do something that a whole succession of governments have completely failed to do, and that is to improve the energy efficiency of our buildings.

Most of the energy we use from burning fossil fuels ends up as waste heat. How could anyone imagine that driving all that waste heat, and carbon, out of our energy system could damage the economy? It won’t damage the economy. Do we have to invest properly in order to do that? Yes, we do. Do we have to invest in everything? Which is somewhat the governments policy. No, we don’t. The idea that ‘all of the above’ is a sensible way to deploy either public or private capital is a very bad idea. The government does have to make some choices. The first choice is to insulate homes. The second choice is to invest in renewables. It is not true to say that renewables are now dependent on subsidies. Getting renewables to the price that they are now available for was dependent on subsidies. But you can now find offshore wind bidding into the market at under 40 pounds per mega watt hour, but the government is still proposing to go ahead and build another nuclear power station, which will come in at around 112 pounds per hour. So, if we really are concerned about what it is going to cost us to decarbonize our energy system, and we should be, then we need to be equally concerned about making the right decisions.

What usually happens is that you have a lot of public investment in things that the private sector will then do better. That is a normal part of sensible economic policy. That is exactly what has happened with renewables, early on in the process of making the change there was lots of public sector investment, and now not just in this country, but all over the world, renewables are bidding into existing electricity markets even under the price of existing coal in places like India. So growing renewables is not a case of needing more subsidies. What you do need to do is get the right design of the electricity system and the right regulation of that market. We haven’t got that right, and that has led to some of the reasons that there has been under investment from the private sector in what are the marvelous opportunities of going forward on renewables.

I interpret the commitment of the individuals involved in the Insulate Britain protests as being driven by their anxiety about the way in which climate change is going to change all our lives, and will cause an awful lot more disruption than the protestors are causing, and the fact that governments everywhere are not moving fast enough to solve this problem. I understand people’s frustration with the situation. I am not sure that their actions, on their own, will bring about change very rapidly. But we really do need to take the point, and the government needs to take the point, and act a lot more urgently than they are doing at the moment.

Nuclear power has no part in a sustainable net zero solution. Building more nuclear is an extraordinarily bad idea. In order to build the new power station at Hinkley Point, the one that is currently under construction, the government had to buy 35 years-worth of electricity at 112 pound per megawatt hour. However you look at it, that that is a very bad deal. Why would anyone want to do that again? The new modular nuclear reactors Rolls Royce are talking about building are just great corporate PR. They don’t exist. You can’t buy one anywhere. There are some designs, but they haven’t even been to the regulators to see if they would work or not. They are not small, they are 400 megawatts, which is about the same size as our existing nuclear reactors, and they are only modular if you build a factory, and you can only to that if you have 16 orders. So, they are not a viable energy option.

These are some excerpt of an interview with GB News. The full discussion can be seen here: