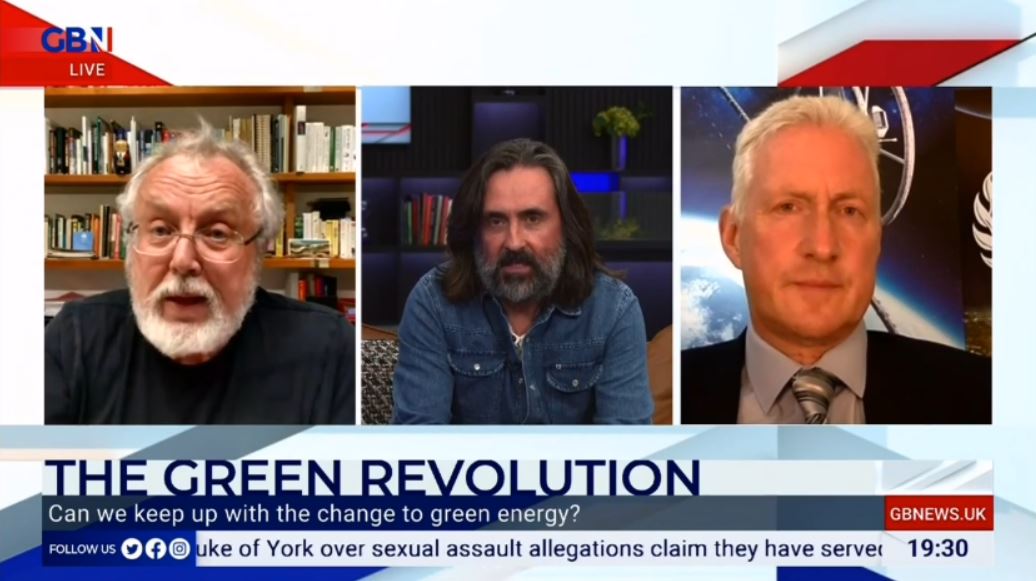 We have a real problem with the way in which we’re changing the climate, the world is going to change, one way or another, either climate policy will succeed, and we will go on living more or less as we live now, or climate policy will fail, and we will be living a very much more chaotic and turbulent world than we are living in now. And the way in which we make sure that we succeed, and don’t fail is to decarbonise our economy. And if we do that, we will make our economy work a lot better.

Technologically, there isn’t a real difficulty at all in doing that. We have the technology that we need to get there right now, and we’ll have even more technology as we go forward, and we know that actually about 70% of the energy we get from fossil fuels ends up as waste heat. If you can deliver the same energy services, at an affordable price, which I think we can, and get rid of that 70% of waste heat, then your economy is going to improve, it is not going to collapse.

Can we make the technology shift we need in the next two to three decades? Yes we can. When the Japanese bombed pearl harbor 80 years ago, in 12 months the us economy shifted over from making cars to making tanks and all that happened was the economy got better. So we’re not talking about a more difficult technology shift than we were able to do 80 years ago. We are talking about much more difficult politics, but the technology is straightforward, reliable, and confident.

On the coldest half hour of winter we need about 55 gigawatts of generating capacity online, we currently have 90 gigawatts. On any sort of summer night our demand doesn’t go above 20 gigawatts. So most of the time, most of our current generating equipment isn’t earning any revenues, which really bad for the economy and bad for people’s bills as well, by the way.

We absolutely are not going to change our life as much if we deal with the problem of climate change, as we are if we fail to deal with climate change. If we are going to electrify our energy system, particularly transport, we will need more electricity generation. But the best way to do that, and keep everything affordable, is for the government to do something it has manifestly failed to do, and that is to reduce people’s energy bills by investing in closing the leaks in our extraordinary leaky buildings. We have the leakiest buildings on Europe, and we pay for that every day in our energy bills. The government has completely failed to make this better. What I think we can all agree on is that the government is not doing a good job of the things that it could be doing right now to make this better.

These are some excerpts of an interview for GB News. The full discussion can be watched here: