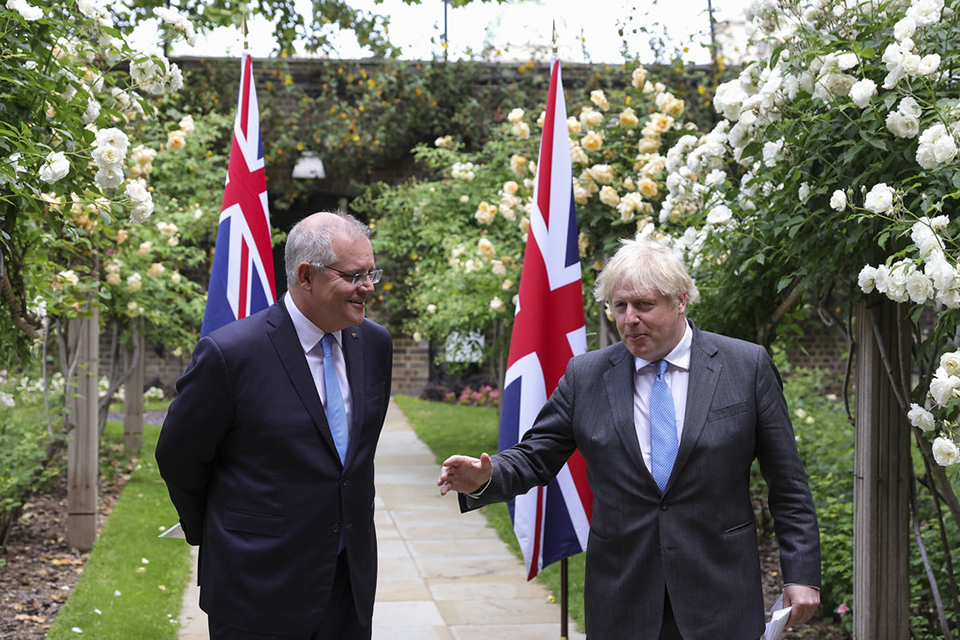 It is a normal part of trade agreements now, that you agree to stick to the Paris Agreement, you write in the terms of that agreement, and that is what we proposed to do. The UK has been, quite legitimately a leader on climate change, both around the world and in terms of what we have done ourselves to make efforts to decarbonize our economy. The Australian government pushed back, and we said “ok then”. We just rolled over. It is very, very difficult to understand why the UK government would do that. It is a real own goal.

Australia is the worst performer amongst the wealthy countries on climate change, it has done the least, it has committed to doing the least, its government has consistently avoided signing up to any commitments. So, for domestic political reasons it is pretty difficult for them to on the one hand say that they are not going to do anything to their domestic audiences at home, and tell the coal industry and the agricultural industry that they are not going to do anything about climate change, and at the same time sign up to things that would commit them to doing things about it in a free trade agreement. So, it is easy to see why Australia would push back, what is not easy to see why the UK would roll over.

British farmers will be exposed to the competition from Australian farmers, British farmers will be having to adapt their agricultural practices to take account of climate change and Australian farmers won’t, and I think that compounds the disadvantage. But much more importantly I think that this really does strike another blow against the prime minister’s credibility as the host of COP26, as we are looking as if we don’t want to do what we say that we are going to do. This is a test of our commitment.

Britain deserved credit for having ambitious targets and making progress along the route to meeting those targets. I think that has a lot to do with not just this government. Although it is fair to say that the prime minister has made a huge personal commitment to doing it, but I don’t think that his government has followed through on that. So that does raise another question about the extent to which the prime minister really has got a grip on his own government, and getting his own government: his chancellor, his trade secretary, and his business secretary, to actually deliver on the promises that I think he genuinely does make.

I am not giving up hope of COP26 achieving very much, this was never going to be a final result, we are still quite a long way from solving the problem of climate change, and I think that there are quite a lot of other forces that are driving in the right direction: the cost of renewables, the cost of decarbonizing the economy is going down very rapidly, there is a real drive from the financial community to understand and grip the risks that failure on climate policy would bring, so I think that there is a quite a lot to still hope for out of COP26, but it is not going to solve the problem that is for sure.

These are some excerpts from an interview for Times Radio. The full discussion can be listened to here: