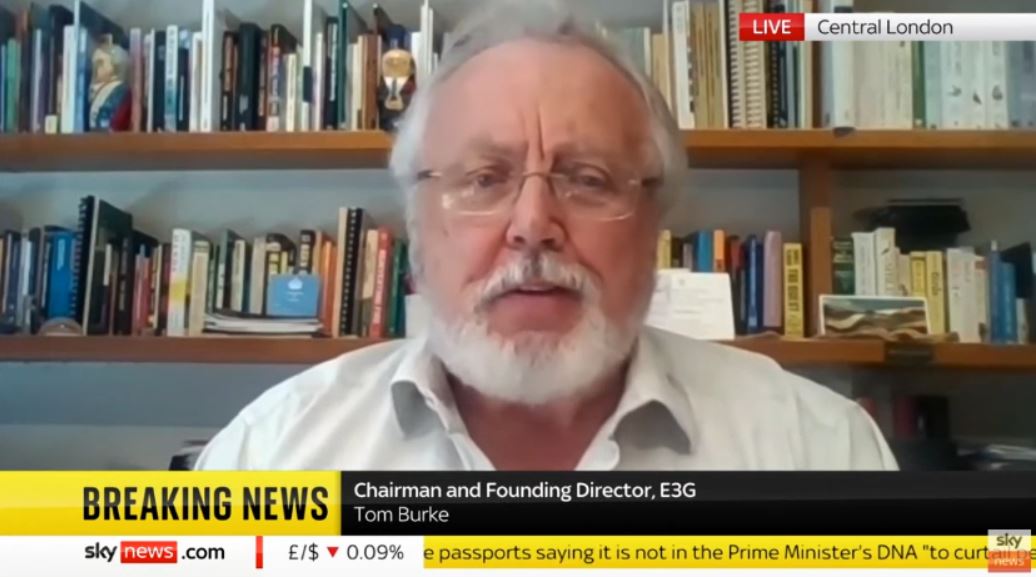 This trade deal with Australia is really putting a nasty stain on Britain’s otherwise legitimate claim to be a climate change leader. We have done more than most of the rest of the world to show that you can decarbonize your economy and still grow it. Here we are giving up on our efforts to get other countries to go along with us. It undermines the Prime Minister as the host of COP26 in Glasgow later this year, and it lets one of the worst performers, amongst all the developed countries, off of the hook. So it is a very bad decision by our government. It means that you just have empty words, instead of accountable figures so that you can actually check to see whether they are doing what they said that they would do. You are replacing concrete commitments with empty words, and that doesn’t do the same job.

The specific agreement in the Paris accord is that you do your best to reduce global temperatures to well below to degrees, and 1.5 if possible. There is no what that what Australia is doing can be seen as being on track with that, and that means, if they don’t change policy very dramatically, that they will be in breach of the Paris Agreement. We should not be endorsing that by agreeing to a trade agreement with them that let’s them of the hook. British farmers will be required to change their agricultural practices to comply with those targets, and we are allowing the Australian farmers to not be required to do that. How is that good for our trade relations?

We are required by our deal with the EU to stick to those commitments, but we are now entering into a free trade agreement with Australia where they won’t be required to stick to those agreements. That is why they were in the original draft of the trade deal, because we are going tot have to stick to them, and it is completely inexplicable that we are now letting Australia off the hook. By doing this we are doing significant damage to our efforts to deal with climate change. There are practically invisible benefits to the economy for doing this. So all that is coming out of it is a headline about having got a deal with Australia. That is pretty empty success.

Australia has a very conservative government that sees the level of government action that is required to deal with climate change as politically unacceptable, and there is a very strong Murdoch dominated media that supports that government. Which is a real paradox in a country that has the best solar you could possibly imagine, and where around the country people are doing extraordinary things to use renewables. As we have seen Australia is one of the vulnerable countries, in the world, to climate change, because of drought, and because of wildfires, as we have seen, that are already impacting Australia. It is very difficult to see why we would support, and go along with, a government that is not taking action on that.

We want them to take the Paris Agreement seriously, and take climate change seriously as an issue, and we want them to step up to the plate and do what they have committed to do. We should not be allowing any country to avoid its commitments, and to cover up concrete commitments with empty words and empty promises from politicians. With the level of anxiety that the public is now feeling about the state of the climate, that really is going to be very bad news for politicians everywhere, because we will look as if we are not serious about tackling this problem.

These are excerpts of an interview with Sky News, the full discussion can be seen here: