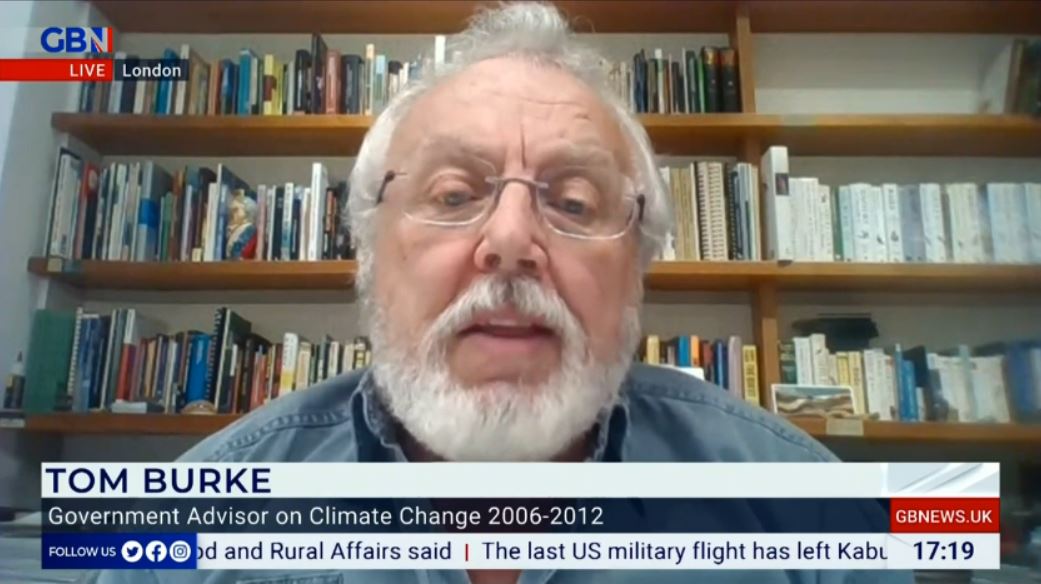 We are world leaders in the sense that we have probably done more in this country to decarbonize our economy than has happened anywhere else in the world. So in that sense we are world leaders. We made the Climate Act, we set up the Climate Change Committee, and they really are ground-breaking measures that indicate a tremendous seriousness. But we are not delivering on the promises that we have made, and this government has come under sustained criticism throughout the course of this year, for not coming forward with concrete plans to do all the things that it has promised to do. That is undermining its ability to give a lead at the very important meeting in Glasgow at the end of this year.

There are buckets and buckets of capital looking for opportunities for investment, and not able to find enough projects to invest in for decarbonizing our economy, because there is no confidence in the government’s policy. So it is not an absence of money that is a barrier to decarbonisation, it is very inconsistent signaling from the government that has become a great barrier to doing the things that we know that we could do. Things that would be smarter, cleaner, and better for our health, as well as for the climate. Things that would actually deliver real economic benefits as well as climate benefits.

I don’t think that Extinction Rebellion protests are having a negative impact on public support for taking action on climate change. Some people are irritated but their tactics, but it makes a great story with good pictures, so there is a lot of attention being paid to it by the media. But the reality is that they are only reflecting a very deep and broad public anxiety about climate change. Particularly reinforced this year by all the images we have been seeing in the media of floods, and droughts, and fires, all over the world. For example: the hurricane we have just seen in Louisiana. I think Extinction Rebellion are just reflecting that growing public anxiety about the climate. I don’t think that anyone should underestimate the fact that, as we saw last time the protests happened, there is such a lot of public acceptance and support for what Extinction Rebellion are doing, and that’s because the public shares their sense of urgency and anxiety. If you are under 40 you understand why young people feel so concerned about the situation, because they are going to be living with our failure to deal with climate change.

Technically, the government targets for decarbonizing our economy, stopping the sale of petrol and diesel cars by 2030 and reaching net zero by 2050, are definitely attainable and those targets are ambitious enough to get us right down the road that we need to be on. So they are technically available and they are also economically available. But there are real political problems that the government want to shy away from, because they have to choose which lobby to support and which lobby to deny, and governments hate that sort of thing, they try to do a bit of everything to keep everybody happy, and the result of that is that they don’t do enough of the things that really matter. The things that really matter are putting in the infrastructure for electric vehicles, going faster on deploying renewables, and above all we have got to really get on with making our homes heat proof, so that we are not wasting the energy that we are paying for. Those are the things that the government really needs to do right now. It doesn’t need to focus on big headline attracting things like the glorious future for hydrogen, or how we are going to have nuclear fusion at some time in the future that will solve this problem. We need to get on with doing the thing that we know how to do right now, and focus on doing them faster and more systematically.

These are excerpt of an interview for GB News. The full discussion can be see here: