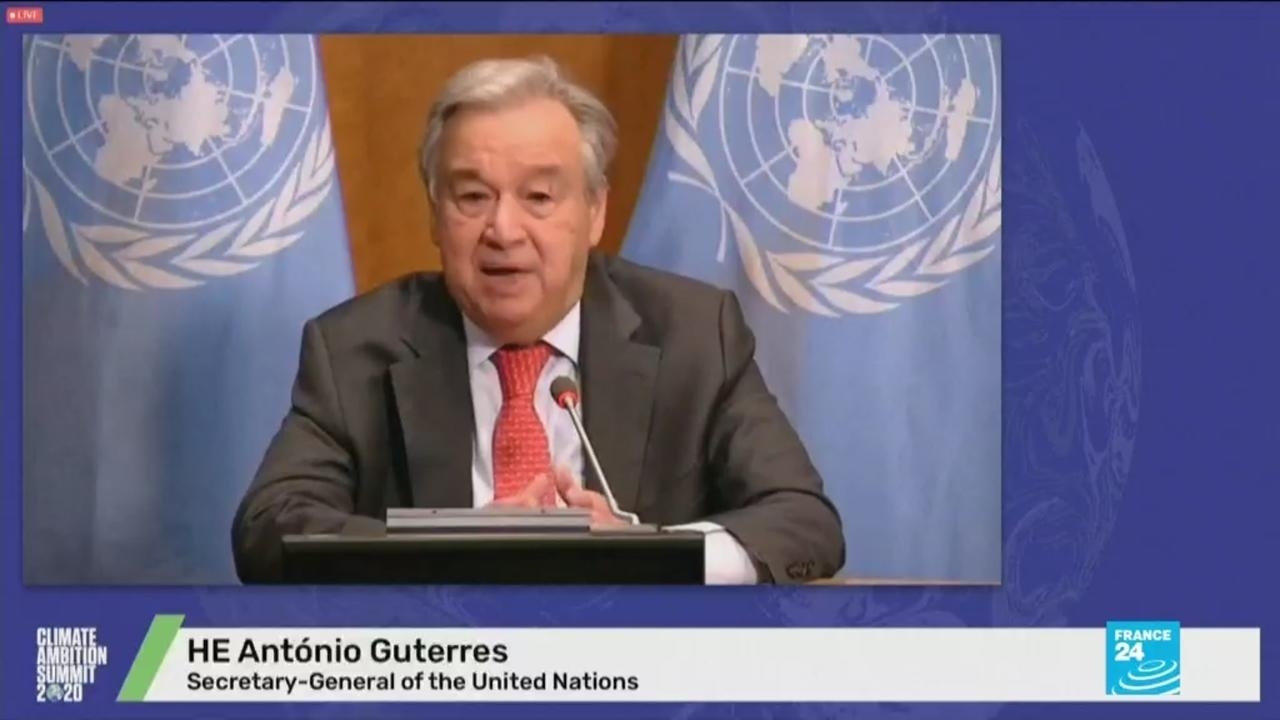 I think the really important thing is that we are beginning to see the restoration of political momentum to the need to tackle climate change. We know what we’ve got to do, we’ve got the technology we need to solve the problem. We know that it won’t damage our economy. What we’ve really got to do is get on with it, and deal with the really difficult problems, which are the political problems. So it’s very encouraging to see that this amount of political attention is being paid, and we are restoring momentum. The important thing to remember about climate change is not only that we have to get to the right place, but we also have to get there in time, and that means we have to have removed fossil fuels from our economies by around the middle of the century.

The call for states of climate emergency to be declared with be interpreted in many different ways by different governments. But you have only got to look at the kind of pictures we have seen throughout the course of this year, where countries have been beset by floods, really severe weather extremes, hurricanes, and fires, to realize that they are not exaggerating when they say that this really is beginning to cause an emergency in the lives of people all over the planet. They are right to stress the urgency of this problem, and what that means is the public should now expect them to get on with doing more, faster. What the Paris Agreement did was set the world a very solid foundation for going forward, we’ve now got to build a house on that foundation. That’s really the task in front of us, and the task that we have got to see real progress on when the leaders come together in Glasgow, at the end of next year for the summit. They will have to have made real progress. and demonstrate it.

I think with Joe Biden rejoining the Paris Agreement means we have now got a really powerful triangle, with the EU, China, and the United states all providing a firm foundation for the world as a whole to go forward. That is really important. We’ve see the willingness in other countries: the EU just this week committing to reduce emissions by at least 55% by 2030, the British government saying that it will get to 68% by 2030, the Chinese government a couple of weeks ago saying that it’s going to agree to net zero by just after the middle of the century. We really are beginning to see a build up of momentum now. The issue going forward is to turn those very strong commitments from politicians into real action on the ground, and real investments in the economy.

What I say to people who say that dealing with coronavirus is a more urgent than dealing with climate change is that the virus is a very powerful reminder that we all live on the same planet, just like the virus is something we all share, so is the climate. The real way to link the two issues is to say what is the right way to restore our economies, now that they have taken a big hit from the virus? And take the opportunity that presents to invest in a fossil free future. A fossil free future is possible, if we make the right investments as we bring our economies back to life. We should take the benefit from the virus, rather than say that we should deal with one issue and not the other. Which I think is just a failure of imagination.