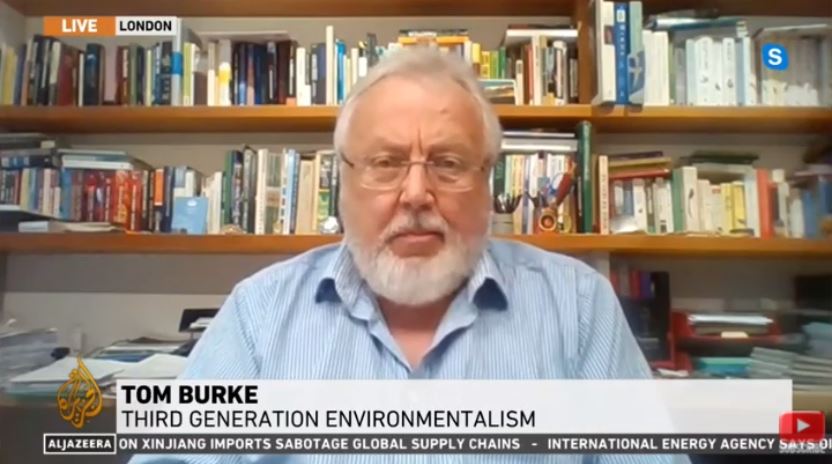 Climate change is increasingly making the fires worse. Because in a warmer atmosphere you have more water evaporating from the ocean, and that water gets cycled back, which means the velocity with which the water cycles through the earth’s system increases, and that means that exactly as we are seeing, dry areas get drier, and wet areas get wetter. We have also had extraordinary floods in China this year, as well as the fires and the hurricanes. This is exactly what the science is telling us will happen, and it is actually happening. It is not a “future” problem, it is a “now” problem, and it can only get worse if we don’t do a lot more.

President Trump’s denial of the science is completely consistent. When he was told that the virus was dangerous and he should act urgently on it, he said that the science was wrong. He is saying exactly the same about climate change. He is saying that the science is wrong, and that means instead of doing something he does nothing, and people’s lives are lost, and people’s lives are disrupted. That is a consistent pattern, interestingly enough, not just with President Trump, but with authoritarian leaders in other parts of the world. They deny the science.

These extreme weather events are the harbingers of the storm to come, if we do not act. We are getting a very clear message from the planet, through the scientists, about the need to act urgently. It is very damaging to people’s future prospects, when leaders like President Trump simply deny the science in order to avoid having to take action.

In the current circumstance, delaying COP26 is actually less of a setback than it might have been. Obviously, any year’s delay is a bad delay. But with the prospect that we might have a better president of the United States after the election in November, delaying it until next year increases the chances that we will have some progress made at that meeting. I think that Donald Trump pulling out of the Climate Agreement would have weakened the prospects for an agreement this year. I think by delaying it we have a better chance, so maybe we have something to thank the virus for.