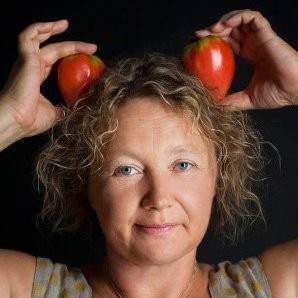 We cannot succeed in making the climate safe without democracy. Attacks on democracy are therefore attacks on a safe climate wherever they occur. To stay in power despots must destroy the machinery nations use to learn from their mistakes. There is no mistake free path to a net zero world. So democracy is an imperative for tackling climate change. This email I received is just one such attack on democracy. Please do what you can to support democracy everywhere.

Last Sunday, Irina Sukhy from EkoDom was arrested at her home by unidentified police. Yesterday afternoon she had a court case. Please, find an update hereunder.

The house of Irina’s daughter Sophie Sadovskaya was searched also this morning. Also the houses of other members of EkoDom were searched and Sonia Sadovskaya, Ksyusha Malyukova and Marina Dubina were also arrested. None of them with any documentation, all of them picked up from their home by masked men.

This looks increasingly like an attempt to squash any criticism on the construction of the Astravetz nuclear power plant. Unit 1 of that plant should in the coming weeks receive permission to go critical.

“And in another gesture toward Moscow, Belarusian security officials have arrested Irina Sukhi, an environmental activist who has campaigned against a nuclear power station built in Belarus near the border with Lithuania by Rosatom, a state-owned Russian company. The arrest was reported on Sunday by Ms. Sukhi’s daughter, Sophie Sadovskaya.”

The court case yesterday was awful.

Irina could only participate over a skype connection. Only the judge could see her. The room was full with friends and supporters, and the corridors of the court building as well.

Irina only got 10 minutes at the start of the case to speak for the first time with her lawyer – also over skype (which probably means monitored).

The witness of the prosecution was a police man who tried to prove with a facebook picture that Irina had been on 3 September on the non-authorised (feminist) protest. The picture appeared to be of 31 August. The judge asked what kind of poster she was holding on the picture, and she explained it was about the NPP Astravetz.

The witnesses of the defense then explained how they had travelled with Irina to the farm 200 km outside of Minsk, how Irina had paid with a card payment to get petrol, how they had spent the day, how they needed to organise water because there was no water, and so on. All witness statements were in line and it was clear that Irina had not been on the protest that they accused her of.

The judge then adjourned the hearing to Thursday but ordered Irina to be kept in custody for that time. It is unclear why she postponed a clear decision now.

Irina could not be seen by the people in the room, but she sounded strong and self-confident.

Her daughter Sophia could bring her things (pijama, toiletries, clothing and some food) in prison yesterday evening.

So, it looks like the international attention may indeed function like a security wall, but we are not sure.

Who is Irina Sukhy

Irina Sukhy is the main coordinator and heart of one of the most active Belarus environmental organisations, EkoDom.

Irina Sukhy among others coordinated the interaction of civil society with the ENSREG peer-review team during the Belarus post-Fukushima nuclear stress tests.

She was also one of the four people who were harassed when she tried to participate during the Environmental Impact Assessment procedure for the Astravetz nuclear power plant, resulting in a penalty for hooliganism (i.e. “shouting abusive language in the street”). In this case, Belarus has already been found in non-compliance with the Aarhus Convention by its Meeting of Parties on the basis of non-compliance with art. 3(9) of the Convention (non-harassment of citizens using their rights under the Convention) and the Aarhus Convention Compliance Committee noted in its latest compliance review, that the harassment from Irina and three other Belarus citizens had not yet been remedied.

In the run-up to the contested elections in Belarus of three weeks ago, permission to load fuel into the Astravetz nuclear power plant unit 1 was issued before the operation license became active. Shortly before the elections, a special law was passed to ease the physical start-up of the Astravetz NPP in order to allow also other commissioning steps to be carried out before the operation license is given. These steps are generally seen as an attempt to create positive PR for the upcoming elections.

In the meantime, measures concluded from the ENSREG peer-reviewed stress tests have not yet been implemented. Irina Sukhy was one of the people drawing attention to these issues.

The transparency that the ENSREG peer-review team agreed upon with the Belarussian authorities around the stress-tests has not been continued since, and Irina also actively sought improvement of that situation.