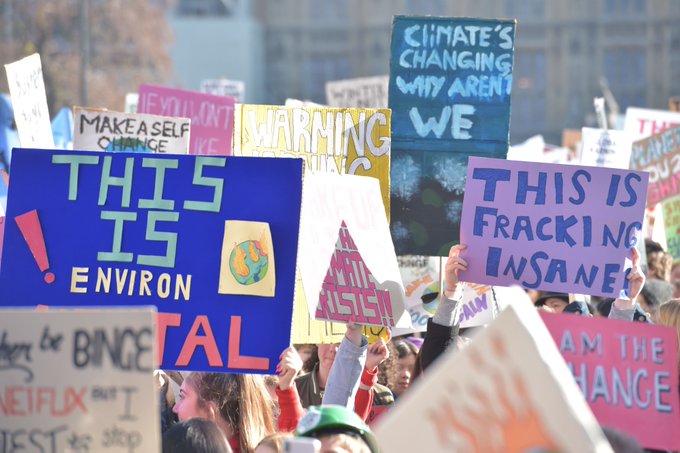 Here is an excerpt from an LBC phone on climate change, I did on the day of the climate protests.

Right now the single most important thing that the British government could do is invest an additional billion pounds in the energy efficiency of our dwellings, and bring them all up to the EPC A or B standard. That would not only leverage and enormous amount of private money, but it would also reduce people’s bills, it would improve the fuel poverty situation, as well as driving down climate emissions. It is absolutely extraordinary to imagine how you could say that you want to get to net zero, and not and not want to do that, especially as it would pay for itself, literally pay for itself, in about five years.

I think that the protests have been extraordinarily effective already. It’s a difficult thing to sustain it, but sustaining it is a very important part of it. It is quite important to remember that the protests are telling you what is going on in the mass of the public, not just what is going on in the minds of the protesters. We saw the evening standard in London, a week ago, saying that 85% of people think that climate change is an urgent problem that something needs to be done about, so what we have seen is a major change the public anxiety about the climate. So for the protesters, the organisers of the protesters, the next thing to do is to start thinking about how do you translate that wave of anxiety into things that people can do in their homes, and in their communities. How can you help them do things in their homes and in their communities that add up? The problem that we are always dealing with is, that everybody feels a little bit, when they are asked to do something, that they will do it, but that nobody else will. And actually what we are seeing in a very connected world, as this demonstration shows, is that you can now mobilise people on a massive scale, through the use of technology, to do things because they can see that other people are doing them. So what you can do as the protesters, is to get that demonstrated down at a local level, not just at a national or international level.