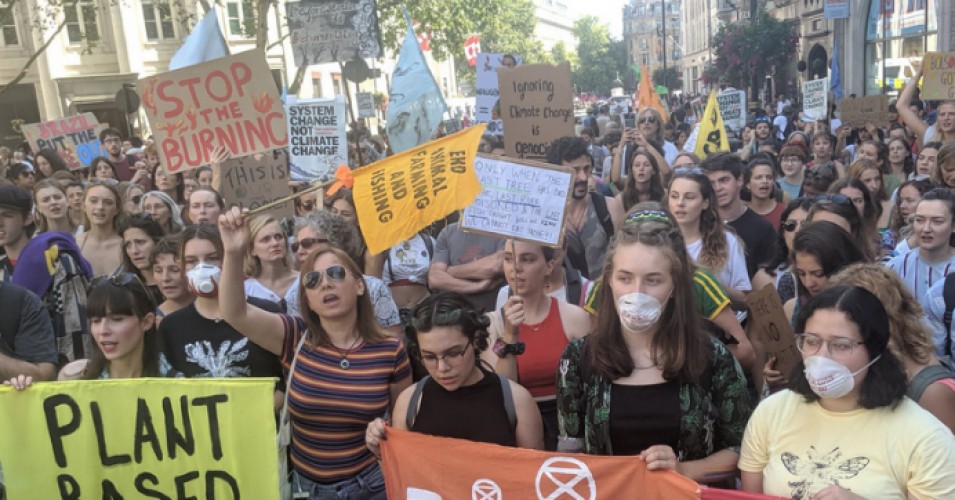 Here are some short excerpts from the interview I did with LBC:

I think it is important to bear in mind that sooner or later this will lead to conflict, the rest of the world cannot afford to have the Amazon completely burned down, because it will be damaging to the security and prosperity of those countries. Sooner or later people will have to do things to try to protect themselves.

If you burn the rainforest down you create a lot of carbon dioxide, you add more greenhouse gases to the atmosphere, and that makes the problem of climate change worse. The rainforest also acts as a sink. When we put carbon into the atmosphere, about a third of it gets absorbed by vegetation. The Amazon Rainforest is one of the biggest and densest areas of vegetation on the planet, and it is absorbing that carbon dioxide. So if you burn it down, and you don’t replace it with forest, you are eliminating a sink. So you are adding more carbon, and taking away our capacity to drain it.

If you look at climate change, basically we have got until the middle of the century to get it right, to keep a climate that’s manageable, in which people can expect to have a decent life, a decent standard of living, and enough prosperity and security.

There are 8 billion of us on the planet, and this is a problem that literally affects the lives of every single person. With climate change, everybody has the problem. We really have got to understand that co-operation is essential for solving this problem. Nobody can solve this on their own.