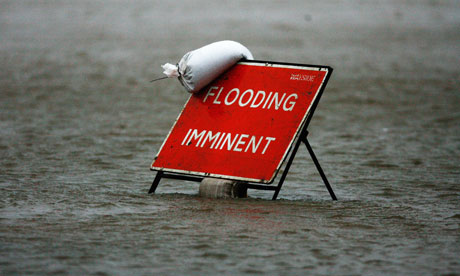 Louis XV’s mordant phrase aptly captures the legacy of the Coalition government’s electricity policy. The new government, whatever its composition, will inherit a policy that achieved a rare feat. It united investors, generators, customers, commentators and environmentalists on energy policy. None of them have confidence in the policy cat’s cradle that is the Energy Act.

Somehow a Coalition of political parties sharing a profound belief in the power of markets turned an electricity market with some avowed faults into a government run octopus with its tentacles reaching into every home and business in the country. This extraordinary trick was pulled off while utterly convinced, like a drunk who is sure he is sober, that it remained true to its core belief in markets.

The result is that Britain now has what amounts to a state controlled power purchasing agency. This decides how much electricity to buy from which generators at what price and for how long. The intent of this policy is to ensure security of electricity supply by giving investors in new generation the confidence to invest. This is accomplished by guaranteeing the wholesale price of electricity. If the market price falls below the guarantee than the government makes up the difference.

This arrangement is financed by a levy on consumer bills, in effect an electricity tax. The Treasury is a fierce guardian of its tax raising powers. To control DECC’s spending on electricity it has imposed a Levy Control Framework which caps how much electricity tax can be raised. It will amount to £7.6 billion by 2020.

This is the cash available for DECC to deliver secure, affordable, decarbonised electricity to Britain’s homes and businesses. Shortly after the election the new government will have to decide the level of the cap for the decade after 2020. In the current state of the public finances only an optimist will assume a rise much above the current level, if any at all.

Electricity demand in Britain has been falling for over a decade. Britain is bound by European law to use renewables to generate about a third of its electricity by 2020. In Germany we have seen that as more renewables enter the electricity system they drive the wholesale price of electricity down. This would definitely be good for the climate and would be better for consumers if the cost of the guarantee for Hinkley were not being driven up.

DECC is currently planning another 4 nuclear power stations the size of Hinkley. Simple arithmetic suggests that even if wholesale electricity prices remain the same this would consume £6 billion of the £7.6 billion currently available. Unless you assume an unusually generous Treasury the next government will have very little to spend on anything other than nuclear. If, however, the wholesale price of electricity goes down then there would quickly be nothing left for other electricity investments.

No-one knows what the wholesale price of electricity will be in 2020 let alone 2060 when the Hinkley guarantee would expire. We have just had a very dramatic example of just how difficult it is to predict energy prices even a short distance into the future. The fatal flaw with the Electricity Act is that it requires DECC to accomplish a trick no other actor in the energy business has so far managed.

This is not a prospect that will do much to increase electricity investor confidence. It is more likely to lead to the existing caution continuing on into the future. The risk for the incoming government is that, busy with more immediate matters, it will go with the flow of the Energy Act in its current form. By the time it wakes up to the need for a radical revision it could find itself trapped in a web of expensive to break contracts based on false assumptions. This threatens to do as much damage to business as it will to the climate.