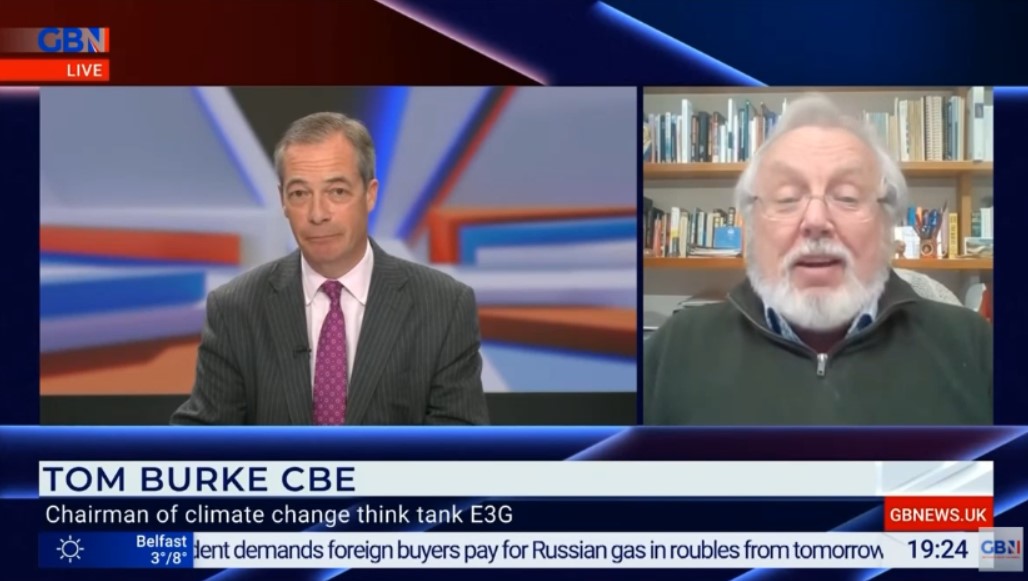 It is true that there was very little wind last week. But what is interesting is that the lights stayed on, electricity still worked, factories kept running, homes were still heated. So, it didn’t matter all that much that the wind didn’t blow, because we have a very sophisticated grid that can cope with that. We can predict when the wind isn’t going to blow, and we can take measures to make sure that we keep the power on. Which, the French are not able to do with their nuclear power stations when the go offline, about 16 of them are offline at the moment, unpredictably. Which, incidentally, puts the price of gas up here, because they are using gas as a substitute for nuclear that doesn’t work.

I don’t think that it is true or reasonable to say that wind power has substantially increased people’s energy bills. Right at the beginning, when we first bought wind power to the grid 10 or 15 years ago, it did cost a lot more, but right now wind is providing cheaper electricity to the grid than gas, coal or nuclear. So, wind power is not actually putting energy bills up, it is bringing them down.

It is not true to say that there is a charge for renewables but not for other forms of energy. There is a charge on every generator for the grid, which distributes electricity whatever the source. So, every source of energy pays a fee in order to get access to the grid, wind pays it, solar pays it, so does gas, so does coal, so does nuclear, that is just the way it works. So, it isn’t true to say that there are fees for renewables that don’t exist for other forms of energy. You need look at how the whole system works, and that is the way it works regardless of the source.

It is as important to keep bills down as it is to drive carbon out of the economy. If we don’t keep bills down to the lowest possible level, then we won’t be able to drive carbon out of the economy, because we won’t have public support to do that. What is really revealing about fracking is the economic ignorance of a large number of conservative MPs, who don’t seem to understand that if you produce gas in this country, you sell it for the price it goes for on the global market, so regardless of whether we produce it from fracking or any other way producing our own gas won’t actually make gas cheaper for us.

It is absolutely the right thing to do to take ourselves out of the trade in energy commodity markets. The best way to do that is to get the government to spend the nine billion it promised in its election manifesto on improving energy efficiency in people’s homes. And not doing what it has done, which is giving the money to American consultants, who managed to mess it up and wreck the budget. So, let’s spend the money on the thing that will actually help to get people’s bills down. That is a very good idea to reduce our vulnerability to trading global commodities.

Fracking is not going to help us with our current problem. I do think that the two Cuadrilla wells in Lancashire should be filled up, because it would take at least ten years for those wells to generate any gas anyway.

These are some excerpts of an interview with Nigel Farage for GB News. The full discussion can be seen here: