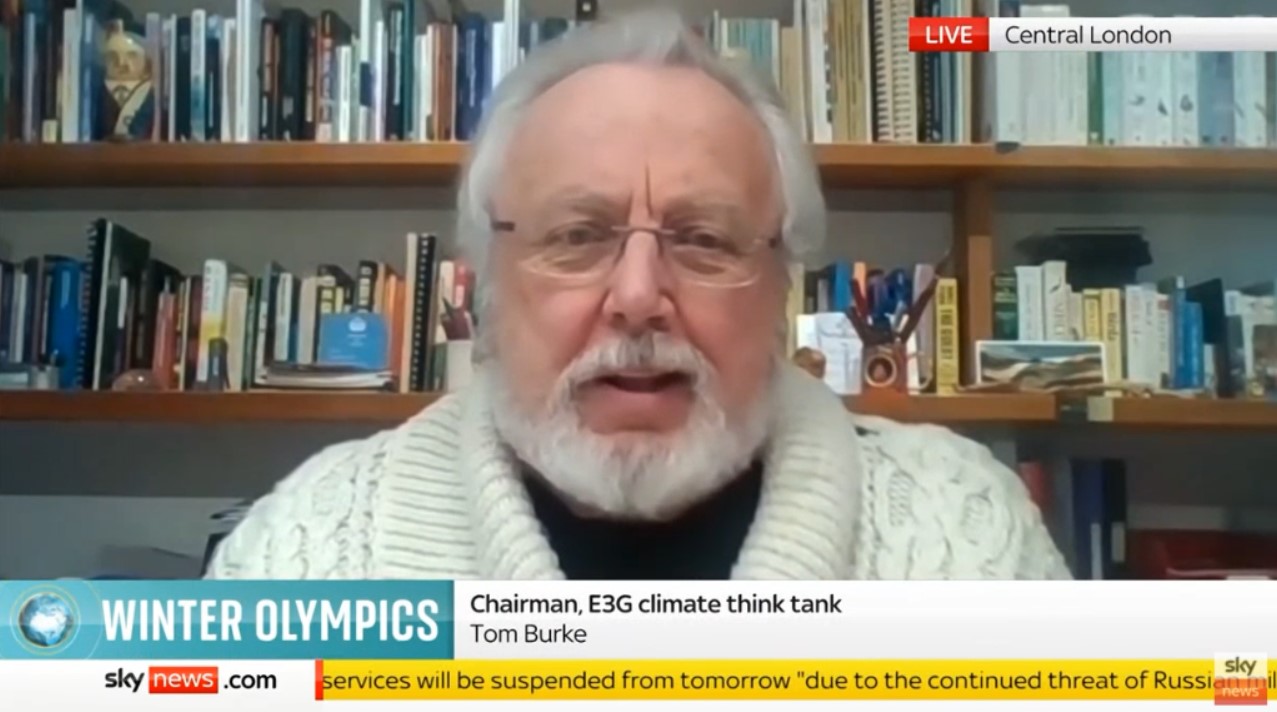 If the Chinese were using fossil fuels to make snow that would not be green or sustainable, but actually they are using pretty much 100% renewable energy to supply the winter games. So in terms of the production of the snow, that is not adding to the burden of climate change. But that shouldn’t take away from the underlying message that this is not sustainable. What we are looking at here is what will happen if climate policy fails, we will be having no snow on mountains all around the world.

This is not the new normal yet, but this is a trailer, if you like, for “climate change policy failure” the movie. In which case, we see that it would be very difficult to hold winter games anywhere in the world, and not everywhere would be able to do what China has succeeded in doing, and that is supplying all of the artificial snow using renewable energy. So, it is not just the new normal, it is a really big challenge for us to make sure that climate policy doesn’t fail.

The thing that people need to get their minds around about climate change is that there is no going back. If we fail to deal with climate change, and we fail to keep the global average temperature from going above 2 degrees, we will see scenes like this all over the world, and there will be no winter Olympic games, and even with the summer games, it will be increasingly difficult to find anywhere to host them, because places will become too hot for people to actually be able to do athletics outdoors. So, this is a real warning about the dangers of failing to deal with the climate problem.

This is not just about sport, there are real concerns about the tourism and hospitality industries too. That is why we should be paying real attention to the message behind these images. If we look at, for example, the Mediterranean region, by the late 2030s into the 2040s we could be looking at long periods in the summer when the temperature is 50 degrees or above, for weeks, and that is not a place where people can go for tourism. So, there are major problems being signaled by the particular issues here in Beijing.

What the Chinese are showing is that if the political will is there, it is possible to deliver even extreme demand for electricity for energy in a way that is sustainable and compatible with the climate. We have the technology, we know that we an afford it, the question is do we have the political will to do it?

I think that it is fair to say that this is the most unsustainable games ever held, because it is not possible to do this all over the place, and there are other impacts of moving the Olympic games all around the world, because it does damage to other environmental things, like biodiversity and nature protected zones. It really is a challenge, not just to governments, but also to the Olympic movement, to start to think through what the real impacts of climate policy are, and what the other threats to nature are, and how this will impact the future of the Olympic games.

These are excerpts of an interview for Sky News, the full discussion can be heard here: