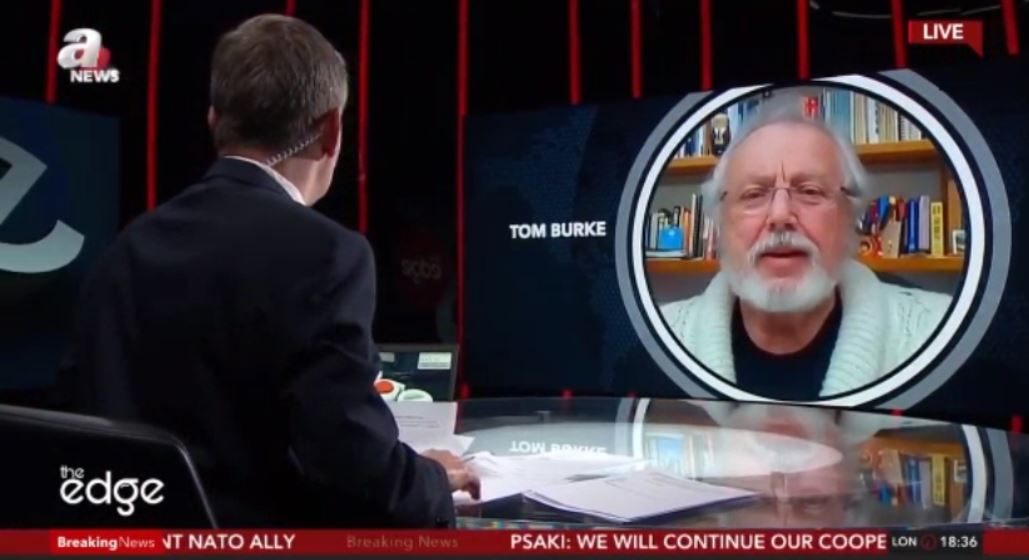 We have just had another very powerful and timely message from the real world to politicians, about the existential threat to life, as we are used to it, that climate change poses. The message is very clear, and politicians are simply not doing enough, fast enough, to address the problem and keep the climate safe. We know that we already have the technologies that we need in order to deliver affordable energy to people without damaging the climate. We know that we can afford to do this. What we are missing is the action by politicians to make use of those technologies, so that we don’t threaten both ourselves, and even more our children, with a future that will be unlivable in.

The first thing that we need to do is to stop wasting energy, about 60 to 70 percent of the fossil fuels we burn ends up as waste heat. It does nothing to improve the economy. It just damages the climate. We know that in most parts of the world now, it is cheaper to use renewables to provide electricity, than it is to use coal or gas to do that. The decision to make that shift is largely a decision that politicians have to make. Lots of other people are really doing what they can. We are increasingly seeing from the financial community, which has become very aware of the risk to capital of climate change, they want to move forward. We saw governments, even like the Chinese government, beginning to say that they won’t finance investment in coal anymore. So, we are beginning to see the sort of changes that we need to make, but there are not enough of them, and they are not fast enough.

Some things will take a long time, and other things we can do very fast. Insulating our homes and getting rid of waste heat from buildings is something that we can do very rapidly. Putting in the infrastructure to get renewable electricity from offshore wind farms will take a bit longer. What is really important, is that we do power and transport very fast, because they are the things that we can make big decisions about the fastest, so that we have more time to do the really difficult things, which are things like improving the way in which we do agriculture and grow our food, so that it is not as carbon intensive, the way we do transport by air, or transport by ships, these sorts of things will take a bit longer to do. So, we have got to prioritize those things that can get us the biggest carbon bang for our buck soon, so that we have a bit more time for the more difficult things. We don’t have to make the transition over-night, we have got a very clear goal, we have to make the global energy system carbon neutral by the middle of the century. That is twenty years away, we have got to get a really good start between now and 2030, but if we do that, then we certainly can get there.

We have to be sure that we are on the right road, and that we are moving down it. But we don’t have to do everything at once. Of course, we have got to start getting out of doing the bad things, like deforestation, like investing in too many fossil fuels. We have got to wind down that investment, at the same time as we wind up investment in renewables, investment in sustainable agriculture, investment in the low-carbon economy that we are building for the future. The big problem with that, and the reason why the politicians are so important, is inevitably the incumbents want to hold on to the present, and we know that the present is going to become ever-more chaotic and troubled. So, we have to build a future that is low-carbon and sustainable, and make sure that takes priority for investment as we go forward.

I think COP26 will certainly make a difference, I think that even in our wildest dreams that it won’t take us as far as we need to go, or as fast as we need to go there. But I think that it will make a difference, not in the least because it continues a global conversation. Climate change is a global existential threat to all of our well-being. You have got to have a global conversation if you want to deal with it, you can’t leave big countries out, you can leave poor people out, you have got to include everybody. The COP, this process, is the one forum that we have, to keep everybody together. It is really important because it keeps us all pointing in the same direction. But it won’t be enough. It is not a cup final. It won’t get us to where we need to be in one single leap.

These are excepts from an interview for A News. The full discussion can be heard here: