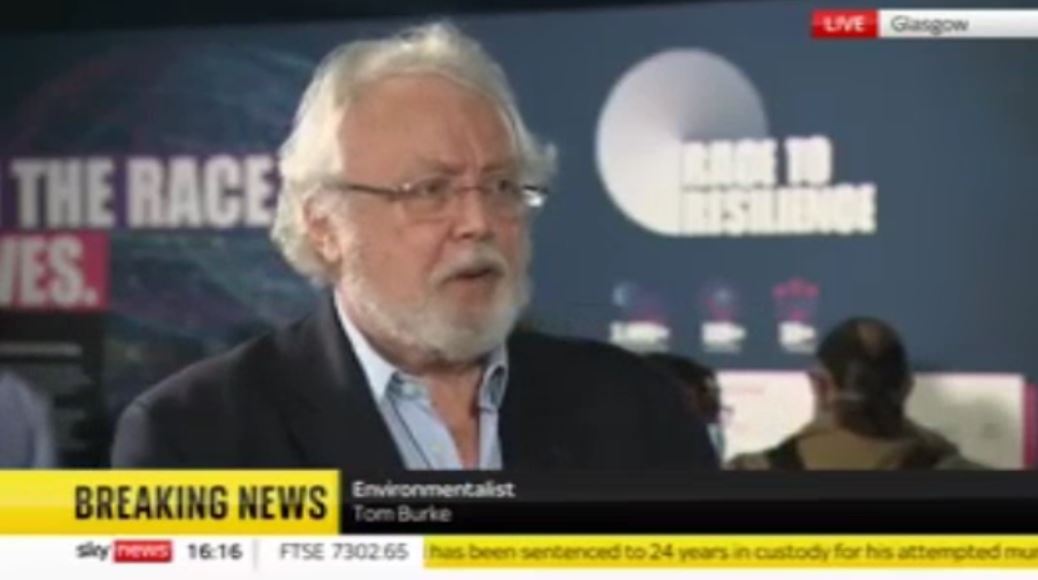 We have underestimated the amazing loss of soil that our current agricultural practices have caused, so Prince Charles is quite right to focus on that and the soil is a tremendous absorber of carbon, so restorative, regenerative agriculture is a particularly important part of it. But there are also other things that we overlook, like sea grass, or bogs, peat bogs are great carbon absorbers. So, there are a lot of land-based ways of absorbing carbon, that we could invest in far more than we are currently doing.

Cattle are emitters of C02, and they are also a cause of deforestation as well in large parts of the world, and the Amazon in particular. So, we could do a lot more if we reduce our consumption of red meat, exactly as we have been advised to do for health reasons. We don’t need to take a lot of plant food and turn it into meat in order to have a healthy diet. The international demand for meat is an area where a price signal could help. We saw that with other things, like sugar in our diet, if you put a small price on the carbon in meat it will help. But it is not the universal panacea that some economists think it is, that you put a global carbon price on things and that solves the problem. There is a role for a carbon pricing in these type of problems, like helping to drive meat out of our diets, but it won’t be enough on it’s own. The price signal is part of a package of measures, and people are very good at copying what they see other people doing.

Africa’s state of development, apart from south Africa, made it very much not an emitter of carbon through the burning of fossil fuels. It has phenomenally vulnerable countries, vulnerable in all sorts of different ways. Vulnerable to drought in particular in East Africa, they are having some of the worst droughts, but they are also vulnerable to floods. So, a lot of the worst impacts falling on very large populations right now are clearly the result of climate change. Attribution science means that we can say what the likelihood of these events having a climate change element are. It is now quite clear that Africa is one of the areas, as is South East Asia, that are getting worst hit by these early impacts of climate change.