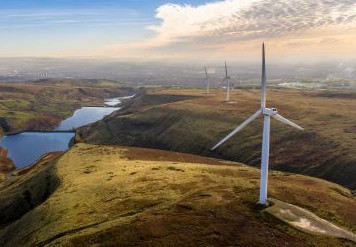 Environmental law is the tool we use to balance one person’s freedom to drive their car, against a mother’s freedom from anxiety about her child’s health; the freedom of some people to burn fossil fuels, against the freedom of other people from wildfires, floods and hurricanes.

Now that Brexit is done, and we are left to the mercies of our own government, it is worth asking what it was that EU environmental law did for us. Two things in particular mattered most: its rolling environmental action programmes and its powerful enforcement mechanism. Neither has been replaced.

Regular EU environmental action programmes were produced every five or six years. They set out a forward looking and evidence based agenda for future environment policy and law. This made it possible for businesses and civil society organisations to engage strategically in a much more open policy development process than has ever been available in Britain.

Environmental law is nothing without effective enforcement
Environmental law without effective enforcement is simply an attractive sequence of words on a page. The prospect of appearing before the European Court of Justice is a compelling incentive on member states to comply with environmental law. The UK found this out to its cost when, having failed to properly transpose the Nitrates Directive in Northern Ireland, the European Commission began an infraction proceeding. To ward off daily fines that could have amounted to hundreds of millions of pounds, the government launched a crash programme costing £240 million to bring Northern Ireland into compliance.

So, what now for environmental law in Britain?

Instead of a comprehensive action programme we have promises: to be “the greenest government ever”; to “leave a better environment than we inherited”.. We are repeatedly told that environmental standards will not be allowed to fall now we are out of the EU.

Putative generals, when they attend staff college, are instructed to pay less attention to an enemy’s intentions, but more to his capabilities. We cannot doubt the government’s environmental intentions. But what of its post-Brexit environmental capabilities?

The planning system in Britain is now so degraded it is little more than an advisory service to developers. Neither the Environment Agency nor Natural England retain genuine independence of government. Both have had their budgets cut to the bone and their ability to perform their role as statutory advisers chilled.

Much of the burden of delivering an environment that matches the government’s intentions will fall on the soon to be created Office of Environmental Protection. Its only recourse to make the government obey its own laws will be judicial review. This is not the place to rehearse the sorry history of judicial review, let me simply point out that it is the very process the government is promising, out of the other side of its mouth, to weaken further.

A much stronger institutional framework is necessary
One thing we are not short of in Britain is the good science and administrative skills to develop an environmental policy and its implementing law to see us safely through the stresses of the 21st century. But the political will to use those capabilities is as ephemeral as yesterday’s headlines so it needs to be reinforced by a much stronger institutional framework.

To be credible such a framework would need to include at least the following:

Rebuild our environmental capabilities and there is some chance the green intentions will be fulfilled. Fail and they will be no more than words in the wind.

This article was originally published by Green Alliance

This piece is a version of a speech given at the Public Interest Environmental Law 2021 conference earlier this month.