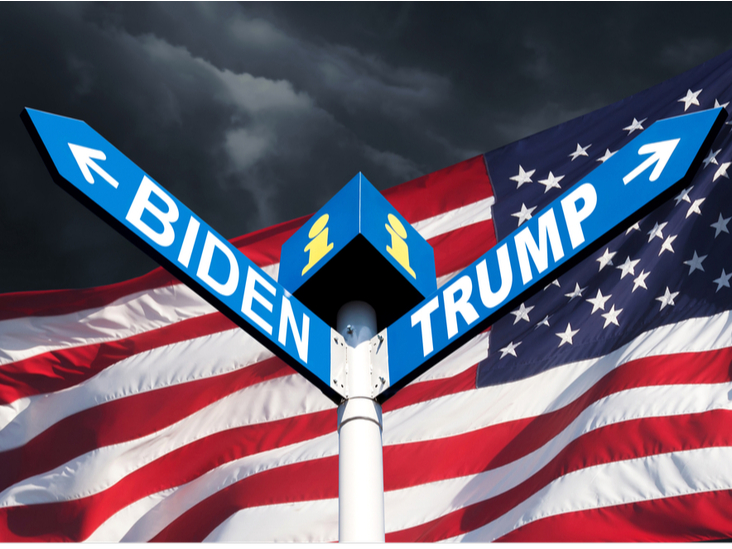 (Montel) A win for Democratic presidential challenger Joe Biden in Tuesday’s US election would
see a “significant shift” in energy policy, with the country re-engaging with the rest of the world
on climate change, analysts told Montel.

Opinion polls gave Biden a healthy lead in the days running up to today’s vote, though incumbent
Donald Trump also trailed his opponent Hillary Clinton in the 2016 election but pulled off a shock
victory.

“A win by Joe Biden will be a significant shift for current US energy policies,” said Bjarne Schieldrop, an
analyst at SEB Research.

“It will likely lead the US back into the Paris climate agreement, which means that climate goals for both
the US, Europe and China then will be strongly aligned.

“If the Democrats win the [presidency, Senate and House of Representatives] then it will shift US
energy policies 180 degrees away from the direction where Donald Trump has been driving it over the
past four years,” Schieldrop told Montel.

Under Trump, the US gave notice of its withdrawal from the 2015 Paris agreement on climate change –
the departure from the 194-nation treaty takes effect on 4 November. Trump called the agreement –
which aims to keep global warming to well below 2C this century – a “disaster”.

“[Rejoining the Paris agreement] is something that Biden can do very quickly, whereas it’ll be much
harder for him to do things domestically, even if he wins back the Senate,” said Tom Burke, chairman of
climate think-tank E3G.

The Trump administration has rolled back or weakened a significant number of environmental
protections and regulations governing the use of coal. Despite this US coal use has fallen 20% since
2016 as more utilities switch to burning natural gas, according to data from the country’s Energy
Information Administration.

“Biden has pledged to commit the US to become carbon neutral by 2050, which has a lot of policy
implications,” Paola Rodriguez-Masiu, senior energy analyst at Rystad Energy, told Montel.

“He’s pledged to decarbonise the electricity sector and it’s very likely he will also revert to the Obama
administration’s policy on fuel efficiency standards, which would have implications for oil demand.”

“Biden’s post-Covid recovery stimulus could align with what the EU is doing with the green deal, so
there’s a natural axis of agreement across the Atlantic,” said E3G’s Burke.

Analysts do not see Biden proposing a federal carbon pricing regime in the near term, however.
“I don’t think it’s anywhere near the top of his agenda,” said Mark Lewis, head of sustainability research
at BNP Paribas Asset Management.

“But a commitment by Biden to achieving net zero by 2050, coming on the heels of similar
announcements by Japan, South Korea and China, would give tremendous impetus to the global
effort.”

Observers believed a Biden administration would shy away from taking direct action against fossil fuel
production and rely instead on incentivising demand for clean alternatives.

“Since Paris, the capital markets and central bankers have identified climate change as an economic
risk, so what you’re seeing is a real move away from fossil fuels by investors,” said E3G’s Burke.

In the event of a Trump victory, “we’re all in a lot of trouble. It’s not so much what America itself does
because the states, cities and private sector will all continue [taking action on climate]”, he added.

“But if you take the US out of the picture on climate, the world is less well organised and that’s
catastrophic because we have a time limit [on reaching net zero].”

Meanwhile, the results of this year’s election may not be known for days because an unprecedented
number of voters registered to cast their ballot by mail – due to the coronavirus pandemic. There are
also fears of a post-election court battle in the event of a narrow Trump defeat with attendant civil
unrest.

This piece was originally published in Montel