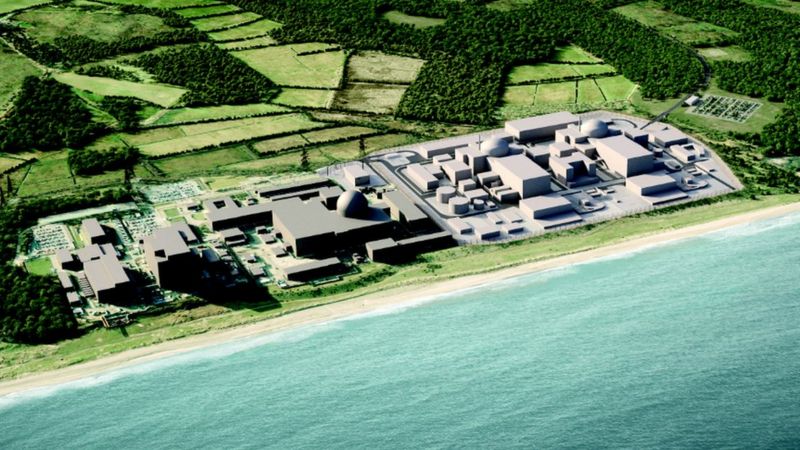 Let’s be clear, the government hasn’t made a decision, they have made an announcement about a future decision. When that happened a long time ago with the original nuclear power station at Sizewell, it was eight years between the announcement and the decision, and then another eight years before it produced any electricity. The same with Hinkley, there were six years between the announcement that the government wanted to do it, and actually making the decision to go ahead. If the government does go ahead it will put up electricity consumer’s bills because they will have to pay twice. They will have to pay to build the station, and then they will have to pay again for the more expensive electricity that will be produced by Sizewell. Which is much more expensive than the renewable electricity that will be available.

This plant and others like it are not needed in order to meet the net-zero by 2050 commitment. There are an enormous number of energy experts who say that we can get there using renewables and storage. We don’t need new nuclear. It’s not going to help us with getting to net-zero, because net-zero by 2050 means that we have to get fossil fuels out of the power sector by 2040. I believe that we can have one hundred percent of our power generation through renewables by 2050 and so do lots of other people. We don’t need new nuclear power stations which actually will squeeze out the investment we need to meet the challenge of needing to get on with it, and getting on with it fast. The really important thing is to make the right choices. Governments of either party over the whole of this decade have been pretty bad at reading the future, and have made a lot of the wrong choices in the past, so we shouldn’t have any confidence that they will get this one right.