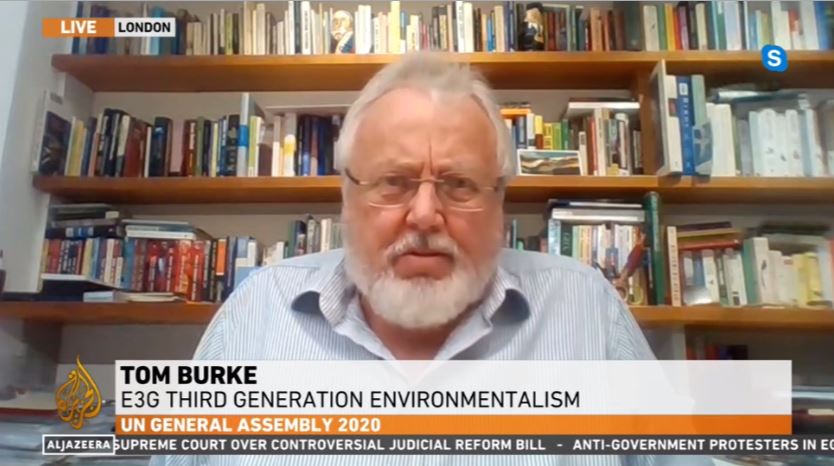 Climate Change is a bit like the virus. If we don’t do enough about it now, we will have to do an awful lot more later, and it will be much more painful. The announcement from China is good, as is the recent announcement from the European Commission, that they are going to raise their commitments to emissions reductions under the Paris agreement. I think that we are going to see the same from Prime Minister Boris Johnson. So we are beginning to see at least a bit of the restoration of the momentum that has been lost during the pandemic. It’s good because it isolates the United States and Australia politically. Given how bad a year it has been because of the hurricanes and the droughts, and the fires, but also the floods in East Africa, Bangladesh, and other parts of the world. We are really getting a signal that we are doing ourselves and the planet enormous damage.

It’s good that we are making progress, but it’s not good enough. We are moving in the right direction but we need to go a lot faster. There are no real technological obstacles to us doing it, we already have the technology that we need to decarbonise our economy. We know that we can afford to do it, because it’s not going to cost more to use more efficient technologies, it is going to cost less. The real problem is that we have not put enough attention into the types of social and political adjustments that are going to take place, and we are not paying enough attention to that side of the issue. What do you do for countries, like Mozambique, who are dependent on fossil fuels for their future revenue sources? So the world has got to think much harder, about how to accelerate down the right path.

I think that it’s important to remember that with China, as with a lot of other countries, its aspirations are right but its achievements are lagging behind. It is still investing far too much in new coal plants, for instance. It will mean making technology available that‘s cheaper, but we have also got to be thinking about how we create incomes for those countries that currently depend on fossil fuels for their incomes. We can’t deal with this as a set of separate issues. We have got to understand that the whole world has to pull together. That means that the losers have got to be getting something, not just the winners.