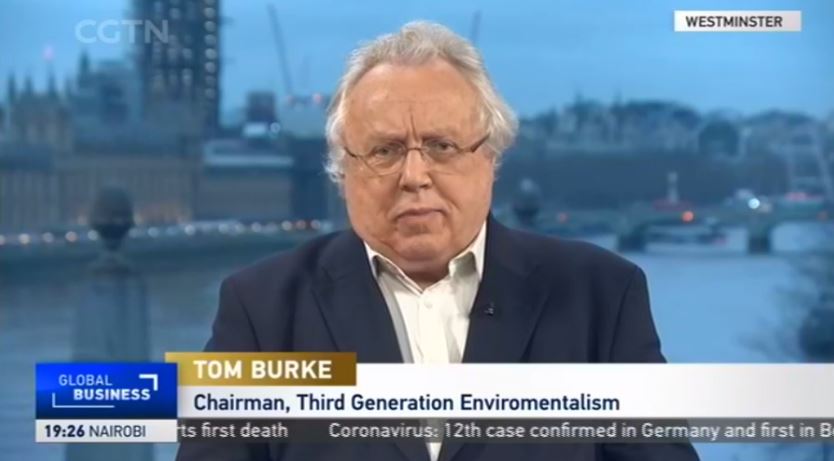 I think that the Prime Minister’s announcement this morning was a bit underwhelming, especially given the fact the Britain has actually been a global leader in terms of the legislation it has passed itself on climate change. So I think that we would have expected to see a bit more than we’ve got, particularly in the light of the firing of the current president. If we are going to ask the rest of the world to do more, we need to be seen to be doing a lot more ourselves. I would have thought we would have heard more than just a marginal change in a target that we had already set, was necessary in order to get there.

The most important thing from the summit is that we have to keep the momentum of the international process going. It has to be a success. So that means that major countries have to come ready to make further commitments on climate change, going forward, to do more. And they are not going to do that unless they see that Britain is giving a lead. The particular thing that needs is that there needs to be a really strong agreement between the EU and China between now and November.

I think it is the anchor upon which the success of the summit in November depends. If you can’t get that agreement then it will be very hard to make it a success and get other countries to join in. On the other hand as we saw with China and the US before Paris, if there is a strong axis like that anchoring the whole process, then other countries tend to line up behind it. So it really is a big challenge to the Prime Minister to make sure that there is a good EU – China relationship to help underpin his own commitments.

In terms of global performance we have driven down our emissions more than practically anybody else. So in some sense if you are looking at emissions, then we are doing pretty well. We have put legislation in place that has become a beacon for the rest of the world. So I don’t think that our progress so far has been so bad. But we have really got to make it walk the talk now going forward, and there we are not doing so well. We are probably 6% below where we should be if we are going to meet our fourth carbon budget, which is part of the legislation. And we are probably 10% below where we need to be if we are going to meet our fifth carbon budget. So what I think we need to see now is real commitment in our budgets, to spending the necessary money on improving energy efficiency, in driving forward our investment in renewable technologies, and particularly the infrastructure for electric vehicles. Those “real” tests will tell you more about our future performance. Though as I said, we are building on a not bad performance until now.

These are some excerpts from an interview I did for CGTN. The full interview can be seen here: