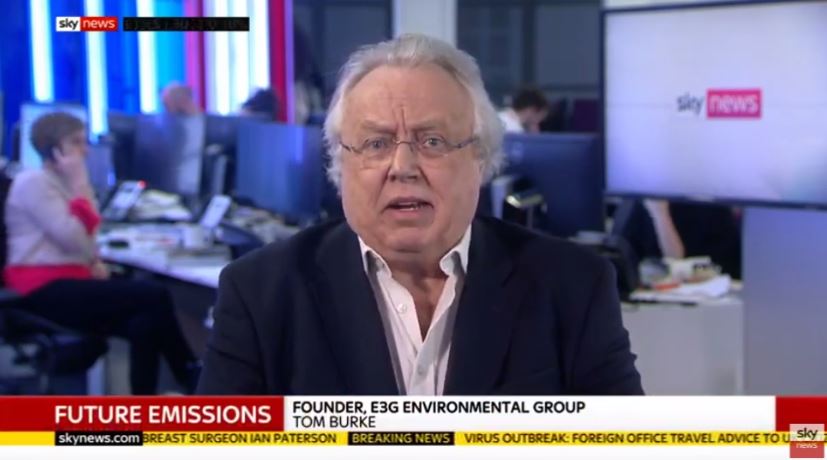 I was actually rather disappointed that there weren’t more announcements this morning. It’s very good to be bringing forward getting rid of the vehicle internal combustion engine. But if we are going to ask the rest of the world to do more about climate change, we have got to meet our own targets, and so far we are not on course to meet the fourth of our carbon budgets, we are off that by about 6%, and we are off by about 10% from meeting our longer term fifth carbon budget. So I think that we have got to do a bit more than the announcement that we heard this morning.

It’s one thing to get the headlines right, it’s another thing to get the outcomes right. If you want to get the outcomes right, you have got to back up your headlines with real budgets with real money in them, and with real regulations. You can’t achieve this unless you put the right regulation in place. Both of those things we are not seeing as much as we need to see. I agree about the need to actually put a plan in place. There isn’t a plan. There are lots of aspirations. It is right to say that Britain has been leading the world, but it is not yet fulfilling enough of its own promises to get the rest of the world to do more, which is what has to happen at the summit.

I think that it is wrong to think that governments have done nothing. The real point is that they are not doing enough to meet the urgency of the problem. In this country we have done a really important thing that the rest of the world is copying and that’s the Climate Act, which sets in place real budgets to do it. In Britain, and especially in Germany, we have seen massive investment in renewables, which is why the cost are now falling so fast in the low-carbon energy technologies that we are going to need to deal with this problem. So I don’t think that it is right to say that governments have done nothing, the real problem is that we have got to accelerate that a lot more.

Emissions would be far worse than they are now if we hadn’t done the kind of things that have been done. So even though we are not going fast enough, it is wrong to think that we have done nothing. We are about 30-40% below where our emissions were in the 1990’s already. So we are making some progress, but we are really not making enough progress to deal with the urgency of the problem. We saw a prequel of the consequences of failure with what has happened in Australia. That is how catastrophic the outcome of policy failure will be. So what we need to see is more effort into making sure that we have policy success.

I think that we are going to see a lot of arguments over the coming years about what exactly is the right solution to the problem. But I think that it is right to say that the politicians don’t get it. I think that we need to remember that there is an administrative and a political bit of government. There is no doubt in my mind that the officials get the urgency, and the scale of the problem. I don’t think that they are always supported by the politicians, and I think that’s true whether you are looking at politicians on the left or on the right. I think that they are all still stuck in the idea that somehow we can adapt business as usual, rather that bring about a real transformation in the way in which we get affordable energy into people’s lives. There is a real issue there. But what are the right technologies? There is going to be a very long debate about that.

One thing that I think is really important, is that it is definitely going to be a enormous economic opportunity for those countries that actually get behind building the low-carbon future, and develop the kind of, not just energy policies, but also labour policies, that you’ll need in order to train the right work forces to take advantage of those opportunities.

These are some excerpts from an interview I did for Sky News. The full interview can be watched here: