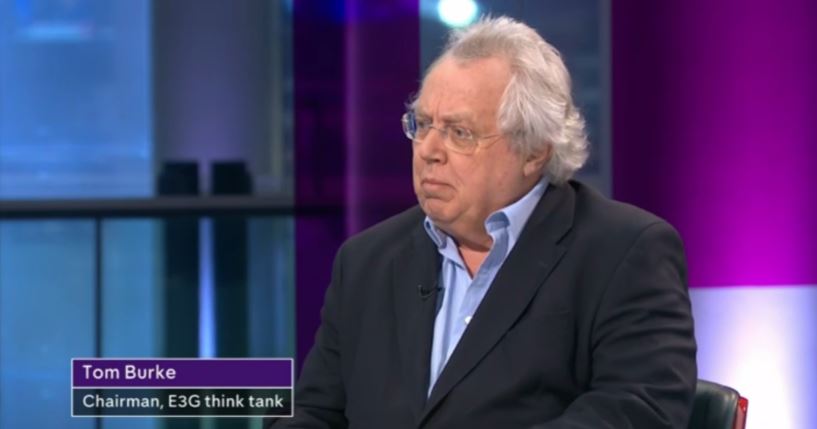 I think the issue is that there was a feeling beginning to emerge, both more broadly within Whitehall, but also amongst other governments that we weren’t putting enough oomph into it. And that it needed somebody in charge of the process, leading it, who was seen to have the ear of the Prime Minister, and to speak with the Prime Minister’s authority. So I think that it was a much more rational decision, rather than just a personal decision.

The government has not been very focused on very much other than Brexit up until now. But it is really important that the government does put its attention on this. We are starting too late, to get something as difficult as this done within the time frame, so we really do need to put our foot on the pedal. The Prime Minister needs to get personally involved, and I think that’s what has been missing. I don’t think that it is any lack of energy on Claire Perry O’Neil’s part, I think it’s much more a feeling that we weren’t putting the sort of political weight behind it, and there have been distractions.

What’s difficult about this is, in order for the summit to succeed, we have really got to get the EU and China to pull together, and we are trying to do that at the same time as we are pulling back from Europe. So it is going to need a politician who has both got a lot of weight, and is pretty skilful at this kind of difficult politics, to achieve it.

The two really important things, I think, that need to be done: First of all, we need to get some kind of agreement that lifts the ambition, or opens the door at least to lifting the ambition, in the whole of the process. If we don’t come out saying that we are really moving forward, after the stalling of the process in Madrid, then I think that it will be quite serious. The second thing is, if Britain hopes to really lead this, and make this part of global Britain, we have to be seen to be walking our talk. Right now we are behind on meeting our own targets. So it is hard to ask the rest of the world to increase their targets, when we are not meeting our own.

These are some excerpts from an interview I did for Channel 4 News. The full interview can be watched here: