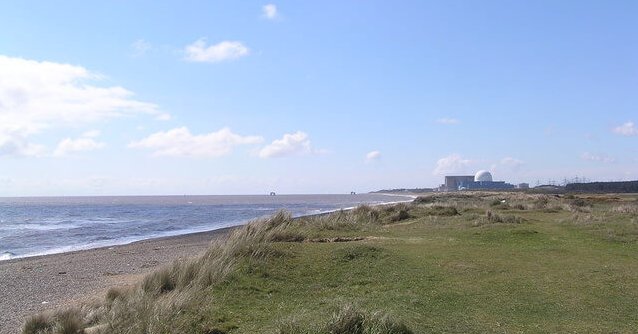 The new British prime minister, Boris Johnson, must soon decide whether to save the UK’s nuclear future with an unpopular electricity tax.

LONDON, 21 January, 2020 ? Pressure is mounting on the UK’s new Conservative government to rescue its nuclear programme through an electricity tax, to throw a lifeline to the ailing French nuclear giant EDF, which wants to build more huge reactors in southern England despite its fragile financial plight.

The UK government has been consulting on what amounts to a proposed nuclear tax, which would require every electricity consumer to pay a levy of up to £50 a year on their bills while the new plants are being built, saving the beleaguered French company from having to finance the project itself.

Boris Johnson, the British prime minister, will need to weigh the disadvantages of abandoning plans to build the new reactors against the effect the new tax would have on the electoral backing of his new Conservative supporters. Many of those who voted for him in last month’s general election swept him to power by switching support from their traditional choice, the opposition Labour Party.

EDF is very keen to get an early open-ended financial commitment to fund its new station, Sizewell C on Britain’s east coast. That is planned to contain two 1,640 megawatt European Pressurised Water reactors. Critics say the longer the decision is delayed, the clearer it becomes that the reactors are too expensive and also unnecessary.

With renewables, particularly wind and solar, now cheap and popular, and nuclear stations always late and over budget, EDF is believed to be nervous that its own political support is ebbing away.

The electoral risks for Johnson are clear. The US version of the nuclear tax the British are proposing, called Early Cost Recovery, had American electricity customers paying up front for a nuclear station, the V.C. Summer plant in South Carolina. But consumers were left with a $10 billion (£7.7bn) debt for cancelled nuclear plants, and another $13.5bn (£10.4bn) in cost over-runs, with no reactors coming online.

And the chances of Sizewell C being cancelled are high, even if its costs are guaranteed. If a paper, Financing the Hinkley Point C project, just published, is correct, EDF is already in deep financial trouble.

According to its author, Steve Thomas, emeritus professor of energy policy at the University of Greenwich in London, it is impossible for EDF to finance the completion of its Hinkley Point C station in the West of England unless the UK government finds a way to pay the capital cost.

“The prime minister is reputed to have a fondness for elephants – especially if they’re white. EDF is pressing him hard to support another white elephant – a new nuclear power station at Sizewell”

The paper says the twin reactor power station under construction there is draining EDF’s finances so severely that it will not be able to pay the construction costs (approximately £11bn) it has yet to find.

Professor Thomas says EDF is facing financial collapse because of the priority it must give to expensive uprating of most of its 58 reactors in France in order to keep them running safely. As a result, if Hinkley Point is to be completed, it needs an open-ended financial commitment of both British and French public money.

His report says: “The sensible course is to abandon the plant now before more public money is wasted.”

Despite the fact that, as the report says, EDF is currently £37.4bn in debt without including many of its nuclear liabilities, it is still officially pressing ahead with plans not only to complete Hinkley Point C by 2025 but also to start Sizewell C construction in two years’ time.

This now seems dependent on Boris Johnson getting the British consumer to pay for it in advance.

Tom Burke, co-founder and chairman of the green think tank E3G, told the Climate News Network: “The prime minister is reputed to have a fondness for elephants – especially if they’re white.

“EDF is pressing him hard to support another white elephant – a new nuclear power station at Sizewell. To pay for this, EDF wants him to levy a nuclear tax on every electricity consumer in the country.

“They will be forced to pay EDF long before Sizewell is actually supplying electricity, and even if they get their own electricity from green providers who reject nuclear electricity, which, despite industry claims to the contrary, is not zero carbon.

“This expensive distortion of the electricity market will be sold under the incomprehensible banner of being a Regulated Asset Base (RAB) financing package to disguise the fact that it is simply a tax on voters to pay for an uneconomic source of electricity.

“We know it is uneconomic because no-one in the banks or investment houses is willing to invest in it without such a measure, which is similar to the one the Chinese Government uses to force Chinese consumers to pay for wasteful energy mega-projects like the Three Gorges Dam.”

So far the government has made no official comment on what it proposes to do, following a public consultation last autumn on the RAB. Few outsiders have much faith in the government ministry responsible, the Department for Business, Energy and Industrial Strategy, which is supposed to make the decision. It is anyway likely to be referred to the prime minister since it is so politically important.

To some the department’s continued enthusiasm for nuclear power when all the evidence is that it is uneconomic is incomprehensible. However, building eight new nuclear stations remains official policy.

The department has a record of being badly wrong in its forecasts. For example, its claim that new nuclear stations were needed was founded on a prediction in 2010 that the UK would be consuming 15% more electricity by 2020. In fact demand has gone down year on year, and the country is consuming 15% less.

So by the department’s own measure new nuclear power stations are not needed. However, that has so far had no effect on policy.

This article was originally published by Climate News Network