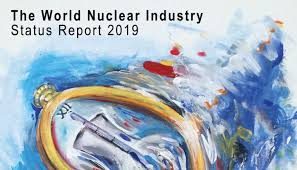 At a time when truth is under systematic political attack and digital technologies are collapsing the public attention span, the publication of long data series such as the Nuclear Industry Status Report becomes increasingly important.

The real world is not a headline; it does not have a half-life of 24 hours; in it there are real consequences for real people

Nowhere is this more true than when it comes to dealing with nuclear issues where a loss of perspective, a failure of memory, a persistent illusion, can have catastrophic consequences. This remains true whether you are thinking about nuclear energy or nuclear weapons.

The illusion that nuclear energy offers the world a cornucopia of affordable and reliable electricity has been a persistent illusion for more than half a century. It has always been an expensive illusion. It is now becoming dangerous.

For the past two decades this Report has subject the nuclear industry’s fantasises and politicians illusions to the searchlight of hard data. They have not stood up well to the illumination.

The failure of policy makers to make use of the evidence of nuclear futility provided by the Status Report has led to high electricity costs for businesses and consumers; a massive waste of public money; the unproductive diversion of scare engineering talent and material resources and to an as yet uncounted cost for managing the back-end of the nuclear fuel cycle.

Wasteful as the nuclear illusion has been, and locally dangerous as we have seen at Chernobyl or Fukushima, these were risks we have been able to live with.

However, the latest illusion to emanate from the nuclear industry is far more globally dangerous. This is the illusion the nuclear energy is necessary to prevent climate change. This is a truly dangerous illusion.

Climate change poses a number of unique challenges to humanity. One of the most difficult is that the world not only needs to get to a specific place – a carbon neutral global energy system – but it must also get there be a specific time – the middle of the century – otherwise the policy has failed.

The Nuclear Industry Status Report documents exactly why nuclear energy has no further part to play in dealing with climate change.

You simply could not build enough nuclear reactors fast enough even to replace the existing reactors that will reach the end of their life by 2050 let alone to replace fossil fuels in the existing electricity system and even more so for the more electricity intensive global economy we are currently building.

Let me put that in context. Simply to replace the existing nuclear reactors we will use by 2050, the rate of reactor construction, which is falling, would need to triple. To build enough to replace fossil fuels would be a global project far bigger than the Manhattan Project or the us Moonshot.

This would be true even if you were willing and able to overcome all the other unsolved problems that nuclear reactors face: affordability, accidents, waste management, proliferation, special materials and talent scarcity and system inflexibility.

In the real world however, there will not be unlimited capital and other resources available to deal with climate change. And there is no time. So, for climate policy to succeed, public policy must adopt energy policies which can deliver the largest reduction in carbon per year per pound invested.

In the UK there is no conceivable way in which any further investment in nuclear can meet this criterion. Indeed, since, in the real world, there will not be unlimited capital for energy investment, every further pound invested in nuclear power will delay the achievement of the government’s net zero by 2050 goal.

The Prime Minister has begun a review of departmental spending. He is looking to identify unnecessary or inappropriate projects. Cancelling the remainder of the current nuclear programme would meet this goal admirably. It would also free up resources for the manifesto commitment to energy efficiency that would get both carbon emissions and energy bills down.