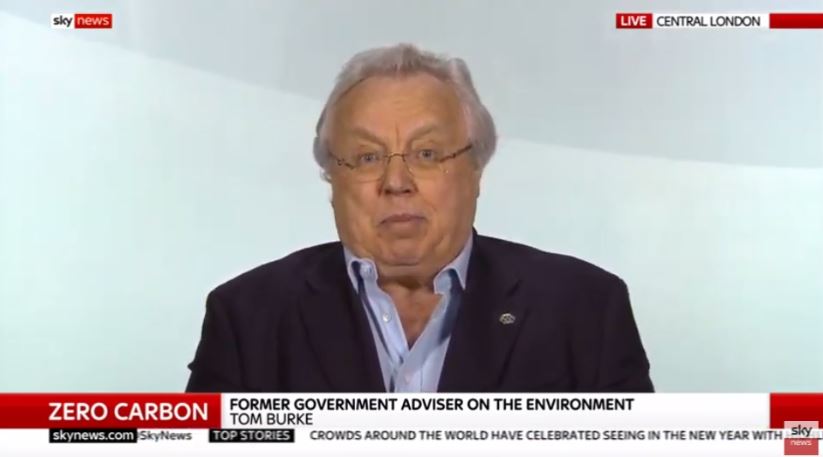 Here are some excerpts of the interview I did for Sky News about the announcement from the National Grid that more power came from renewable sources than from fossil fuels for the first time in Britain in 2019.

I think that it is a very important milestone. It means that the National Grid really are on course to make the whole of our electricity grid carbon neutral by 2025. So it’s a pretty important step to have taken.

We were the first big nation to start burning coal, and we are among the first of the biggest nations to put an end to coal. And we are not only doing it here, it is also a tribute to our government that it has led the international effort, called Powering Past Coal Alliance, to actually drive coal out of the global economy. So it is very good news.

We have created a policy regime which means that people are right and confident in investing in zero carbon energy, and that was really a product of the Climate Change Act, which is another way in which Britain has been leading the world. It is also quite simply the economics of renewables, have fallen far faster, and far further, than anyone thought even three of four years ago. So now renewables compete even with new gas coming on stream. So you are just getting a better option, not only for the planet, but also for customer’s bills.

The two really big sources of clean energy are solar PV, and onshore and offshore wind, but I think the biggest step coming up, it one that the government has made quite a big commitment to, and we will see if it follows through, and that is to improve the energy efficiency of our homes. Again, all of these things help us to get energy bills down, as well as to help get carbon emissions down.

We are not going anything like fast enough, to keep that climate safe for our children, definitely not. Coming up at the end of this year Britain will be hosting the next climate summit, and it is really important that we are seen to be walking the talk, and at the moment we are behind on the policies to meet the carbon budgets we have set ourselves, both the third and fourth carbon budgets. So we really need to walk the talk here, so that we can put pressure on other countries to make the kind of effort that we are making. There is no way that any country or any person can solve this problem on their own, we have got to work with others to do it, and that means if we are wanting to show a lead then we have literally got to put our money where our mouth is, and building that carbon neutral net zero economy of the future.