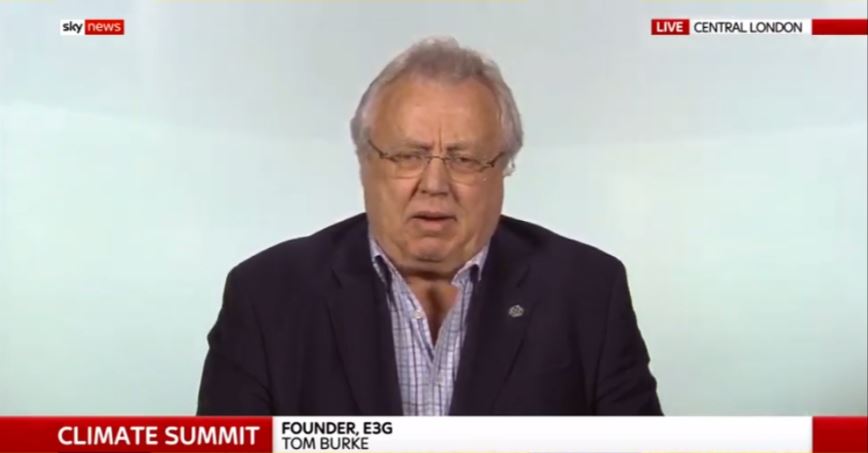 This is an excerpt of an interview I did with Sky News about the warnings from scientists that we are approaching a climate change tipping point, and that global efforts to combat climate change are utterly inadequate.

The drumbeat of alarm from the scientists is growing louder all the time for us, and indeed people’s experience of what is happening, whether it is the floods in this country, or the rainforests in Brazil, really is confirming what the scientists say is happening, and that it is happening now. And the danger that we might pass some tipping points is indeed growing. I am not sure that we are going to resolve all of that at this meeting in Madrid, however. I think this meeting is one in which we are going to be doing a lot of ground clearing, for a really crucial meeting in Glasgow next year, when countries really will have to step up to the plate, to respond to the secretary general.

We’ve got about thirty years in which to stop burning fossil fuels: oil, gas and coal. That is the goal we have got to get to, and if we fail to get to that goal by around the middle of the century then our climate policy will have failed, and we will be in a position where prosperity and security for everyone on the planet is under real threat. That is what the scientists are telling us. Part of what a changing climate does, is enormously increase the unpredictability of weather events. We are going to get much more extreme weather and it is going to be much harder to predict. It is extraordinary that they have got snow in Australia, because only two weeks ago we were seeing extraordinary forest fires in Australia, threatening the homes of hundreds of people in Sydney. That‘s exactly the kind of thing that we are going to see if climate policy fails, only on a much greater scale. Countries have to do a lot more, a lot faster, to get carbon out of our economy.