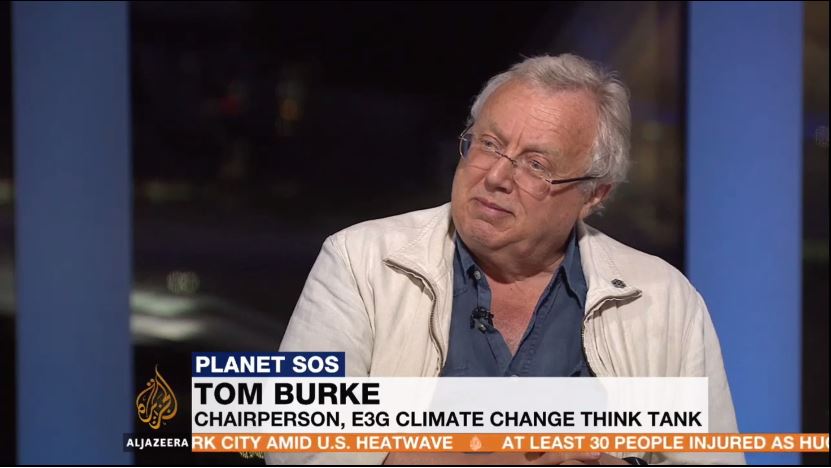 Al Jazeera: Do we understand the magnitude of the threat of forest fires?

Tom Burke: I think that we do in the headlines, but not in the real world. I think the picture is coming through pretty clearly, and it’s not just fires, there are also hurricanes and floods as well, so a lot of extreme weather events, which is exactly what scientists told us was going to happen. So I think what we are starting to see are governments and politicians at least starting to pay attention, but they are not translating that into aggressive enough action to stop the problem from getting worse.

Al Jazeera: What is the appropriate response to this?

Tom Burke: Stop burning fossil fuels. Actually it’s quite straightforward. We already have the technology, so if we wanted to deploy it rapidly, we could.

Al Jazeera: If we wanted to?

Al Jazeera: But it would be expensive?

Tom Burke: Citibank came up with a study a couple of years ago, that showed even then, that it was probably cheaper to go low carbon, than high carbon. But you would, of course, change the pattern of winners and losers, which is what really puts politicians off. Of course, since Citibank came up with that study, the cost of renewables have gone down even further. So actually I think that the balance of advantage, in terms of cost, would be to go for low carbon. But that requires very big social change.