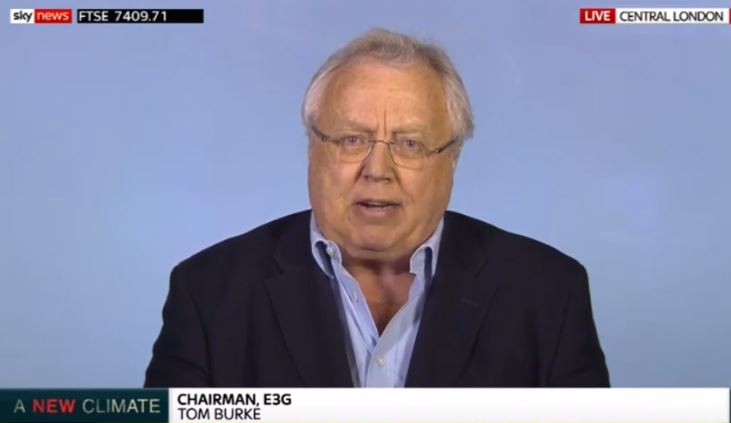 We don’t need nuclear power to keep the lights on, which is fortunate as nuclear power stations are unplanned offline about 25% of the time. They are also intermittent, as indeed is all generation, so it is fortunate that we don’t actually need base load power. It’s about five years since the then Chief Executive of Wood Mackenzie Steve Halliday, said baseload is an outmoded concept of how you manage an electricity grid, and that’s because we have modern sensors, we have deep data, deep analytics, we have much more sophisticated software, and we are able to manage our electricity system in a way that delivers affordable and reliable electricity, much more efficiently that we were able to do in the past, and we simply don’t need very big baseload power stations of any kind any more, and certainly not ones the size of the new Hinkley Station at 3.2 gigawatts

The cost of renewables has gone down, the cost of storage has gone down, absolutely dramatically, far faster than anybody thought possible, and we are now in a position to deliver all of the electricity that people need over the coming decades, without reliance on nuclear power stations any more than we are reliant on big coal fired power stations. Toward the end of the coming decade we will be able to do it without reliance on gas either. We are moving into a very different kind of electricity system, and the idea that nuclear power, which is essentially a 20th Century technology, is what you need to solve a 21st Century problem is simply wrong.

The man who is currently running the electricity grid, Fintan Slye, says that we can be carbon neutral in this country in the early 2020s. That depends on the small amount of nuclear that we have available at the moment, by the time we get to the end of that decade that nuclear will be gone, but we will have replaced it with renewables that are even more cheap, and by a lot more energy efficiency. One of the things that has made the biggest difference to decarbonisation, is not so much policy measures on energy generation, it is simply improvement in the efficiency with which we use energy. Gas consumption has gone down for a decade in this country because we are heating our buildings much more smartly, and in doing that we are keeping people’s bills down.

I don’t want to suggest that this is terribly simple, and that we can just move forward without encountering any problems, it’s just that those problems are much more solvable than the problems of trying to build very big nuclear power stations, as the French have discovered. They have just announced further delays to the one they are building that is exactly like the one we are building at Hinkley at the moment, and it’s nearly four times over-budget and fifteen years late. The French have discovered that you can be much less confident in nuclear power than you might have thought.