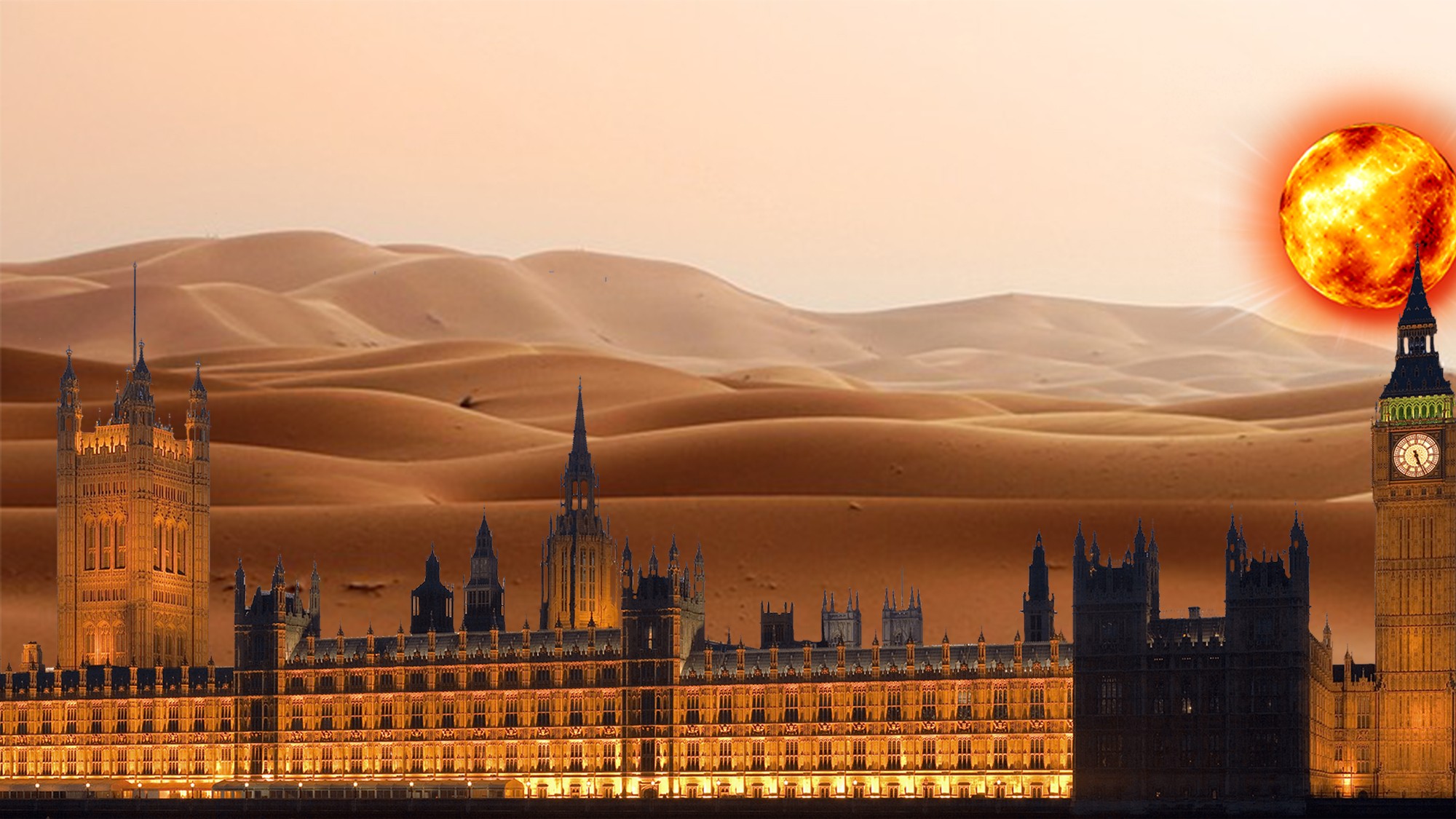 .
Parliament declared a climate change crisis in May, but experts worry that it’s just PR-friendly sloganeering.

.
Take the example of the SNP leader of Scotland, Nicola Sturgeon. Speaking at her party’s conference in April, the first minister told the story of how she had met with some school-striking under-10s to discuss her policies: “They want governments around the world to declare a climate emergency. They say that’s what the science tells us. And they are right.”

Thank goodness for all these children who know about science. Having been enlightened by infants, Sturgeon, never one to miss a chance to brand Scotland as the progressive outlier in crumbling Britain’s stodgy politics, has said the country will go carbon free by 2045, and that this means Scotland is a “climate leader”.

Even putting aside the fact that many school children and other experts don’t think a net zero carbon target by mid-century is anywhere near ambitious enough, Sturgeon isn’t the only politician who’s talking like they only just got the memo.

At least the cultural shift on climate change is surely significant, but many politicians’ vanguard rhetoric is seriously at odds with many of their policies.

Speaking on the phone, Tom Burke, chairman of environmental thinktank E3G, said: “If governments and politicians want to be credible in the future on climate change, if they want to go beyond the sloganeering of declaring and emergency – and that’s all it was, sloganeering – then they’ll have to bring all of their policies into the line with the goal of decarbonising, and that’s a big task. They haven’t done that and they’re a long way from it.”

One of the most egregious recent examples of myopic thinking was Cumbria county council’s decision to give the nod to Britain’s first deep coal mine in 30 years. At the same time as headlines celebrated one of the UK’s first weeks without coal in over a hundred years, the reopening of the deep mine brought news of how 2.4 million tonnes of new coal per year could be excavated from under the sea along the Whitehaven coast.

Supporters of the project argue that the context is more complex than at first glance. The coal is intended for use by the UK and European steel industries who currently import the majority of their coal from abroad.

But it’s also true that this is a regressive marker of future intention. Continuing the centuries-old, carbon-intensive way of producing steel ignores the opportunities for greener alternatives of recycling scrap steel using renewable energy.

The March decision was backed by councillors from Labour, the Conservatives and the Liberal Democrats, highlighting how inconsistencies fall across the board.

Burke takes a conciliatory line, however: “One thing, just to put in mind, is you can’t say Extinction Rebellion changed the debate and then say it’s hypocritical of government to do things that were well in train before the debate change.”

By this logic, now that the kids have spread the word that burning coal is quite bad for the planet, surely we should be expecting a roll back on the deep mine decision any day now.

Until a few years ago there had been a brief, teasing moment where a broad subsidies programme meant the UK was seen as a brave forerunner on renewable energy, with government support for solar, onshore and offshore wind.

But like so much other public spending, a chill of austerity and a few cuts later and the UK was back to limply floundering in inconsistency, with even parliamentary committees lamenting how policy incoherence saw clean energy investments fall 56 percent between 2017 and 2018.

The latest self-flagellation is an increase in VAT on domestic solar panels from 5 to 20 percent, making the technology more expensive for the 89 percent of Britons who support solar to actually get in on it.

In the same week as the UK parliament declared a climate emergency, the Renewable Energy Association said the VAT move puts the solar sector at a “strategic disadvantage” and could set the effort to decarbonise the UK’s homes back by a number of years.

“I don’t think there’s any conspiratorial thing behind putting a VAT on solar,” said Burke. “I think it’s really stupid, but I think that’s one of those things that was too far below anyone’s sense of vision before.”

Add this to the Conservative’s continued nimbyism on onshore wind and its spectacular support for fracking – both in spite of public opinion – and you find a heady mix of ideological opposition and economic wrongheadedness.

“You can’t say we agree that local people should have their views dominate on onshore wind, and then say we think local opposition to fracking should be overturned,” said Burke. “That’s clearly hypocritical – the kind of thing that creates distrust of politicians, and quite rightly.”

Oil, the source of so much historic wealth, is still the sticky golden thorn in the UK’s side, the gambling addiction successive governments can’t help going back to for one last run.

At a surreal meeting just weeks ago, a group of fossil fuel and public representatives/mates met in Aberdeen to discuss what they call “Vision 2035” – both the pressing needs of a green energy transition and the importance of squeezing all the last remaining oil and gas from the North Sea.

In theory and sometimes in practice, the fossil fuel sector is the source of tax income for the UK, which has driven a recent mantra from industry and politicians to “maximise recovery from the North Sea” through a series of deregulations and financial incentives for new work – even exploration for new sites. At the same time as acknowledging the climate crisis, no political party apart from the Greens has gone against this.

The other problem is employment, as the fossil fuel industry still supports around 300,000 thousand jobs in the north east of Scotland. The need to stand by those communities that have relied on the work of fossil fuel extraction for generations has led environmentalists to call for a “just transition”, or a move to a greener world which doesn’t sacrifice people’s livelihoods in the process.

This is where nascent conversations around a Green New Deal and Labour’s recent call for a Green Industrial Revolution are important, as they bridge a gap ignored for far too long between the needs of ecology and labour.

There are some reasons for optimism. In its 2016 manifesto the SNP did airport managers a favour by introducing a tax cut to passengers flying out of Scotland. The policy would have had a small benefit for those taking their annual vitamin D run abroad, but would have made millions for the flight companies getting them there.

But following recent pressure for change, the Scottish government overturned the move, saying it was “no longer compatible” with its climate targets.

Similarly, a recent letter from the government to environmental group Plan B suggested that the newly decided net zero target and the climate emergency – sloganeering or not – may have a bearing on whether to review adding a third runway to Heathrow Airport.

These are little signs, but they matter. Just don’t be fooled into thinking politicians are doing this off their own back; as Burke pointed out, it’s taken years of work behind the scenes as well as rejuvenated street protest to change the terms of debate.

“Extinction Rebellion didn’t invent the level of public anxiety – they expressed it, they reflected it,” he said. “It doesn’t belong to them, it belongs to the public.”

This article was originally published in Vice magazine