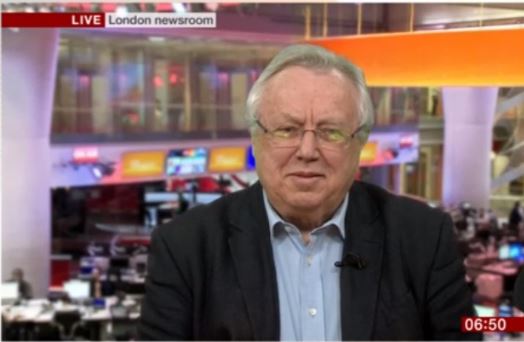 This is twice the temperature that you would expect at this time of year, imagine if this was the summer and we had an extreme event that raised the temperature to twice what it would normally be then people would be very worried indeed, you wouldn’t be able to go out.

The single most impactful thing to do right now would be to increase the energy efficiency of the homes we have, both the ones we are building new, and the ones that we have already got. We should make it impossible to have new homes built that aren’t carbon neutral. What we are beginning to discover is the more you do to decarbonise the economy the more you are able to lower energy bills.

People in the energy community are beginning to get the message. The financial community really has picked up very strongly on the risks associated with climate change. But I think we need governments to really listen to what our children are saying to us, and treat this as an emergency. They need to do a lot more, and do it a lot quicker.

Children are the people who have got the most at stake if we fail to deal with this problem. They are the people who are going to be here when we start to see these types of events happening much more frequently. In the summer you really wouldn’t want to have a doubling of the temperature.