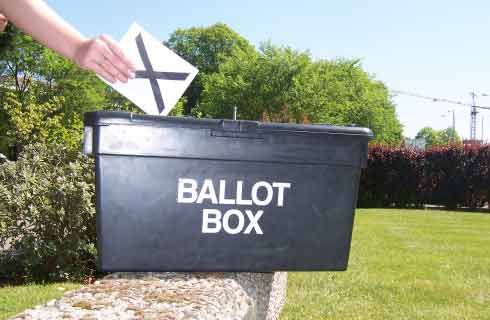 One useful piece of analysis has emerged from the media froth post-election. Labour lost because they offered nothing to the ‘aspirational middle class’. This is surely right. An awful lot of people were left out of a narrative that posed the choice as being between the toffs and the underclass.

There is nothing wrong with the British people. George Orwell got it right sixty years ago. Common decency is their core political belief. That was demonstrated yet again with their response to the Nepalese earthquake. The British people, despite static wages, zero hours contracts and cuts to benefits, raised over £47 million pounds for Nepal. This is rather more than their government has been able to do.

The message to the environment community from the election is clear. Speak to voters aspirations but do so in a way that addresses their fears. We have a lot to offer. Home owners have much to gain from incentives to ensure their own energy security by putting solar panels on their roofs. Everyone wins if their energy bills go down in properly insulated homes. Electric vehicles will not only be smart, innovative consumer products, they will also cost half as much to run and help reduce the cost of keeping the NHS affordable. Let’s get them here faster.

The retired architects of Labour’s last electoral success have been quick to blame Miliband’s loss on his anti-business rhetoric. They are right that the aspirant middle wants to hear about wealth creation as well as wealth distribution. But I don’t think they have in mind the bankers and large, foreign owned energy utilities so vigorously promoted by the last Labour government. They do create wealth but not much of it stays here.

Real wealth creators make things not just money.  These are exactly those industries that the Conservatives will undermine. They are the hundreds of smaller, national and local businesses that could drive forward energy efficiency, domestic and community renewables, the circular economy. They are exactly the kind of businesses that will rebalance our economy to reduce its dependence on the service industries.

They are also the businesses that will build the affordable, energy efficient, social housing near the places people live. That’s just the kind of housing that the big house builders do not want to build. But it is these smaller businesses, the real wealth creators, which are finding it most difficult to borrow working capital from the banks. That’s those same banks, now mostly owned by us, who were the real cause of our current deficit problem.

We have an offer for them too. The Green Investment Bank should be given immediate powers to borrow from the capital markets while interest rates remain low. It should have a specific window to support the smaller British businesses that will green our economy and ensure its ability to compete in the resource and carbon constrained global markets of the future. It should also be enabled to use its expertise to offer people a safer haven for their savings – increasingly locked up in defined contribution pension schemes.

The environment community in Britain is large. It vastly outnumbers the membership of all the political parties. For all the triumphant headlines, the new government won less than 40% of the votes cast and less than a quarter of the population. One reason that they are universally regarded as being out of touch with most people is that they are. With so few members why would you expect them to be in touch?

This government is not going to be as friendly to the environment as it will be to developers, bankers and the large corporations. If the environmental community wants to move its agenda forward it is must learn from Labour’s mistake and talk to the public’s hopes as well as their fears.