REMARKS BY MR TOM BURKE CBE AT THE TENTH ANNIVERSARY CELEBRATION FOR E3G, THE DECK AT THE NATIONAL THEATRE, JULY 2ND 2014. 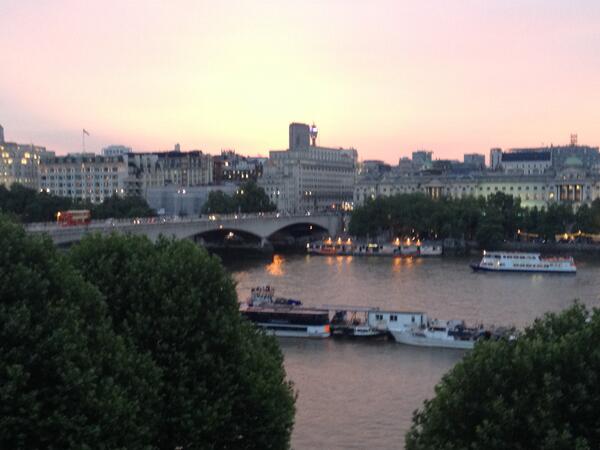 First of all, let me thank you all for coming this evening. We are celebrating an important waypoint on the journey we started ten years ago. You have all been with us on this journey – helping and encouraging us on our way.

We wanted you to join us as we celebrated our progress and as we work to maintain our reputation for throwing good parties.

I will say something about how we got here and what we do. Then Nick will tell you where we will be going next.

E3G started in a conversation about setting up a European equivalent of the World Resources Institute. Like many good conversations it did not end up as we expected.

Quite quickly we came to the conclusion the WRI had the wrong business model. Their approach is to pour large quantities of very high quality information into the public policy process in the belief that this will eventually bring about change.

Between us we had worked for too long in government, business and civil society to believe that this works. Our experience was that changing environmental outcomes required you to tunnel through the institutional and political obstacles to change.

It was out of this insight that E3G was born.

We are often asked about the name. There is some disagreement among us as to who came up with it. Like many good ideas it has several fathers. If we have another ten years as good as the ones we are celebrating tonight perhaps it will acquire several more.

It is a tradition that is alive and thriving to this day and good to see it represented this evening by Mike Clarke from the RSPB.

The second generation were the environmental campaigners who arrived at the end of the nineteen sixties with the founding of Friends of the Earth and Greenpeace and many other campaigning organisations.

The third generation are the environmental professionals. They are largely the product of the huge success of the first two generations in raising public awareness about the fate of the earth.

When I started working for Friends of the Earth in the early seventies there were very few people working professionally on the environment. Now there are hundreds of thousands here and abroad.

They work in business, central and local government, academia, the law, accountancy and consulting and many other places. There are even environmental crime specialists in the police and customs.

What we do in E3G is not really very different from what is done by the conservation and campaigning organisations with whom we work every day. It is more the way we do things. We saw our task as to add capacity to the environmental community – to build on what had already been achieved.

So let me say something briefly about some of the distinctive features of our approach.

We understand the need to bring a systems approach to environmental politics to avoid simply shifting problems from one place to another. Otherwise you end up with cannibalistic policies such as trying to deal with climate change by driving the price of carbon up and fuel poverty by driving the cost of energy down.

We focus on developing methodologies to encourage more systematic thinking about the politics of the challenges we face. This has taken us deep into understanding the political economy of key countries for climate change to enable better targeting of climate diplomacy activities.

We are driven as much by a sense of a planet at risk as by the need for government, business and consumers to act more responsibly.

In some ways we are a kind of hedge fund for the environment. We take some intellectual capital, we borrow a lot more and then apply some smart algorithms to leverage political outcomes.

We find ourselves at an extraordinary moment in human history. Almost exactly a hundred years ago the German poet Rilke, wrote these words on the brink of the Great War: ‘strange to see all that was once relations so loosely fluttering, hither and thither in space.’

They could not be more appropriate to now.

We learnt a hard lesson about systemic risks in recent years as the excesses of the bankers came within a whisker of bringing the global economy to its knees.

To keep the globalised economy functioning in a world of seven billion people the financial system must keep investment flowing.

But that financial system itself requires political stability. Without it, the money will not flow and the economy will seize up just like a motor running out of oil.

Few people have yet grasped that political stability requires a stable climate.

As the climate warms and politicians fail we stand on the edge of a systemic geopolitical risk that would be far more catastrophic than anything we experienced a hundred years ago.

It has been a huge privilege for me to work on these issues for the past four decades. The incredible creativity and energy of people and communities everywhere as they tackle the challenges of the Anthropocene is a constant inspiration.

We have the knowledge, the technology and the capital to solve these problems in abundance. There is nothing wrong with the people. But they are let down by the politics.

A core part of our task in E3G is to build a bridge between aspirations and abilities in the base of society and frailties in the commanding heights of government.

And now Nick will say something about how we intend to do our part as we go further along on this journey.