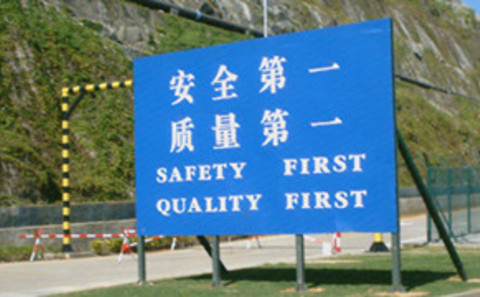 The prospect of the Chinese becoming owners, managers and even constructors of nuclear power stations in Britain has caused anxiety in some unexpected places. Both the right and the left, united in their determination to press ahead with more nuclear, have raised objections. Carefully wrapped in a blanket of security rhetoric, their argument boils down to an Augustinian ‘Bring me nuclear, but not by them’.

Meanwhile, a truly substantial reason why we should worry about Chinese involvement in the nuclear industry is yet to be noticed by anyone but the French Nuclear Safety Authority. They have just complained publicly about the lack of communication with their Chinese counterparts. Explaining this to the French Parliament they pointed out that ‘one of the difficulties in our relations is that the Chinese safety authorities lack means. They are overwhelmed.’

This led one of the French regulators to worry that ‘It’s not always easy to know what is happening at the Taishan site.’ (where Areva are constructing a reactor of the same type as they want to build in Britain). Another French inspector reported seeing big machinery such as steam generators and pumps not being maintained at ‘an adequate level.’

So why does this matter to us? We have very good safety regulators with an impressive track record of managing nuclear facilities well. We should worry about it because the Chinese are currently building only 28 reactors at the same time. This is the fastest rate of reactor build anywhere ever. Even so, they intend to double this build rate before the end of this decade. This is likely to make ‘overwhelmed’ seem like an understatement.

The importance of a rigorous regulatory regime has long been understood by the nuclear industry to be essential to retaining public confidence. ‘ An accident anywhere is an accident everywhere.’ has long been a mantra of industry leaders. Among the many contributors to the seriousness of the accident at Fukushima were failings in the nuclear regulatory culture.

Britain’s nuclear reactor programmes may have been a regulatory success but they have been an economic failure. A former head of the then nationalised electricity industry told Parliament that the AGR programme was ‘the worst civil engineering disaster in British history’. But this had one huge, if unlooked for advantage. No-one else had reactors like them. This meant that when the accidents at Three Mile Island, Chernobyl and Fukushima happened we were well placed to argue that it couldn’t happen here.

If we go ahead with the reactor at Hinkley this comfortable position will no longer be defensible. Hinkley will be a pressurised water reactor (PWR) just like most of the reactors in operation around the world and all those the Chinese are building. If the already stretched  Chinese nuclear regulators prove unable to prevent a nuclear accident in China it will have  direct repercussions here.

This compounds the gamble that the British government is taking with Hinkley. Not only are we selling 35 years of index linked tax receipts to the French government in return for electricity at twice the price we are currently paying for it but we are also placing the security of our future electricity supply into the hands of China’s ‘overwhelmed’ nuclear regulators.

If they fail to prevent an accident at a PWR in China it is very unlikely that the people of Somerset, or the rest of the country for that matter, will consent to one continuing to operate in Britain.