The following speech talks about the looming collision between $6 trillion of investment in oil and gas over the next ten years and the agreement by governments to keep the rise in global temperature below 2°C. This collision will transform the human prospect. It poses a dilemma for governments struggling to maintain both economic and climate security. The step out from between the horns of this dilemma we need imagination, Innovation, ingenuity and investment. 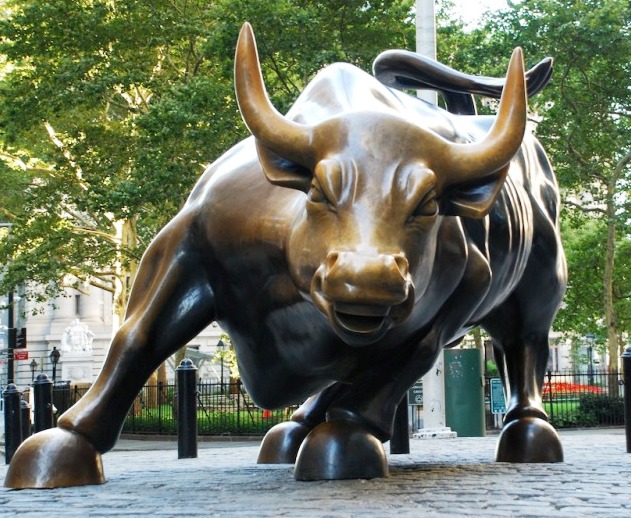 Thank you very much for asking me to come and speak to you this evening. In recent years, working with Rio Tinto, I have been much more involved with iron mountains than green mountains.

So it was a particular pleasure not only to get the invitation but also to learn about what is happening under your green mountain in Norway. It is a good story and I am pleased to be able to help to bring it to a wider audience.

The edict that you should never make predictions, especially about the future is usually attributed to the baseball player Yogi Berra.

But, as with many other lines that have passed into our collective memory, there are many claims to authorship. These have ranged from the Danish physicist Niels Bohr, one of the fathers of the atom bomb, to the Hollywood film maker Sam Goldwyn.

Since Yogi Berra also said that ‘ I never said most of the things I said’ it is quite possible that he never did say it. Indeed, several authorities have another baseball player few people have ever heard of called Casey Stengel as the author.

However, this is not a knot I am going to untangle this evening. Instead I am going to take as my theme another Yogi Berra saying: ‘The future ain’t what it used to be.’

It is definitely a different future than the one we might have expected at the beginning of this century.

And ten years from now it will be different again.

If you think you have seen a lot of change in the last ten years, then, to quote another famous American, ‘You ain’t seen nothing yet’.

This extraordinary acceleration in the rate of change is driven by the tectonic forces globalisation and population growth.

More people, doing more things with each other, faster and more often equals more change. So much change that these days the future sometimes seems almost to have passed before it arrived.

Much of this change has been for the better. More better educated people lead healthier, longer, more prosperous and more secure lives than ever before in history.

But, as the opportunities have grown so, too, have the risks. As we have learnt from our brutal experience with the bankers, it is all too easy to pay more attention to opportunities than to risks.

The hangover we are now experiencing with the economy is a consequence of political leaders everywhere, on both the left and right, being unwilling to face up to difficult choices. Instead, with the willing aid of the bankers, they dissolved those choices in an ocean of public and private debt.

As we all now know, the reckoning when it came was, and remains, painful.

We are now repeating this error in a way that will have much more serious consequences. Unwilling to make difficult choices about our energy future our political leaders are running up a colossal mountain of carbon debt.

Economies eventually recover. The climate will not.

Many different streams of progress have contributed to the swelling river of prosperity that has enriched the lives of so many people over the last seventy years. Driving each of those streams has been the availability of abundant and cheap coal, oil and gas.

As the carbon accumulated so the climate changed. The world is now about one degree warmer than it was a century ago.

This doesn’t sound like much but it is already enough to begin disrupting the prosperity and security we take for granted. As that change progresses, the disruption will grow,

It is this prospect that has compelled the world’s leaders to agree to keep the eventual rise in temperature to less than two degrees. This is a goal the leaders of the world’s largest economies have reaffirmed today at the G7 meeting in Brussels.

To get there we must build a carbon neutral global energy system by around the middle of the century.

The low carbon technology to do this is already available. There will be much more in coming decades. We do not have a technology problem.

But our leaders have yet to match their actions to their words.

Last year the world’s oil companies invested over six hundred billion dollars in getting the oil and gas to drive the economy. They plan to spend about the same for each of the next ten years to keep the oil and gas flowing.

If they do so the world will be burning more fossil fuels by the middle of the century than it is now.

A collision is looming between the six trillion dollars the oil companies are planning to spend and the aim of governments to keep the rise in temperature below two degrees.

The consequences of collisions on this scale can be spectacular but they are rarely good.

This collision will shape the future for all of us.

It cannot be avoided hence the question: Are we ready?

Because of it the world as we know it will be transformed over the next thirty years.

This is true whether climate policy succeeds or fails.

If it succeeds then our energy system will be changed beyond recognition as fossil fuels are phased out.

Success will bring with it a wide range of co-benefits in both economic efficiency and human well-being. Food and water security for billions of people will be maintained.

If it fails then global temperatures will rise inexorably, and for all practical purposes, irreversibly.

Food and water security will be undermined and ever larger numbers of people will be displaced, exposed to conflict and disease and subject to deeper climate induced poverty.

In these circumstances preserving the political support for the international institutions that have sustained the prosperity and security of billions of people over half a century will become progressively more difficult.

The challenge for governments is to maintain economic security without sacrificing climate security. This poses a real dilemma.

Dilemmas are difficult. If you choose to deal with one of the horns, the other one gets you. If you do nothing – the preferred response of government to dilemmas – both horns get you.

The only effective way to deal with a dilemma is to step out from between the horns.

This means using imagination, innovation, ingenuity and investment to avoid making a false choice between economic security and climate security.

We cannot trade-off a bit less economic security for a bit more climate security – or the reverse. Such trade-offs may be possible in economists’ models but they are rarely available in the real world.

We need, and can have, both economic and climate security. But to do so we need to make full use of those human attributes that were so central to building and taking the opportunities that are exposing us to climate risk:

–     The imagination to see a better world;

–     The innovation to develop the tools to build it;

–     The ingenuity to mobilise communities to use those tools;

–     The willingness to invest the resources to make real what we can imagine.

I am not brave enough to say much with real confidence about the future. But two things seem to me to be clear. We will be living in a world that is richer in information and more capable of deriving value from it. Electricity will be a more important part of the way people access energy services.

Those companies that will succeed in the turbulent future we face as our present energy system collides with the climate will be those that are ready to face that future. They will be those companies that have the imagination, ingenuity and courage to invest in innovation to step out from between the horns. This is what Green Mountain are doing and why I have been particularly pleased to come a speak here this evening.