This article first appeared in the December edition of BusinessGreen magazine 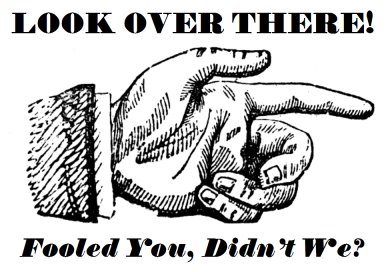 One of the more stressful moments in Britain’s history occurred in the spring of 1940. Churchill had just become Prime Minister. Rommel’s tanks were at Calais. France was about to fall. Over several days the Cabinet debated whether to fight on or do a deal. Halifax led the ‘realists’, Churchill the ‘idealists’. We know who won the debate though it is rarely remembered that Chamberlain was the swing vote. The rest is history.

No-one thought to ask for a cost-benefit analysis of whether the benefits of fighting on were worth the costs. Fortunately for Britain, and the world, this meant economists played no part in that most crucial of decisions. Should some unfortunate Treasury official have suggested doing a cost-benefit analysis to inform this debate they would have been considered a candidate for the lunatic asylum.

The politicians of the day decided, correctly, that Hitler posed an existential threat to Britain. The issue was whether to fight or give in. The possibility that giving in might have led to less damage to the economy than fighting on was given no place in the debate. What was at stake was our national identity and that was worth everything we had.

The point of this digression into history is to illustrate the value of not letting economists get too close to historically important decisions. The threat to our national identity posed by climate change is at least as great as that posed by having Hitler’s tanks on the Channel coast. Dealing with climate change means an effort at least as relentless to build a global coalition as inclusive, powerful and committed as that which succeeded in World War II.

We are nowhere near doing so. In part this is because politicians everywhere have been significantly misled by economists about two critical issues: the consequences of policy failure and choice of effective policy tools. The first problem flows from their framing of the policy question as a cost-benefit analysis. The second flows from a gross exaggeration of the role carbon pricing can play in solving the problem.

We have a very precise idea of what constitutes climate policy success – staying below 2°C. We also know what we need to do to achieve that goal – build a carbon neutral global energy system by about the middle of the decade. The question political leaders should be addressing is what do we have to do to succeed.

Instead we are mired much of the time in an economist led debate about whether the social cost of carbon justifies the effort we are making. The analytic fuel for this debate is the product of integrated assessment models developed by distinguished economists such as William Nordhaus of Yale.

These models couple climate models to economic models and generate a vast array of numbers one of the most important of which is the damage function. This number describes – more accurately, purports to describe – the damage to the economy that would be done by a changing climate.

No-one should doubt the bravery of economists. Climate science has only just begun to quantify the impacts of climate change on the complex natural and man made ecological systems on which human well being depends. Valuing even the first order damage that rising temperatures will do to these systems requires a confidence in your assumptions more usually found in astrologers than social scientists.

The inventory of why such models are of little value for policy making is far too long to recite here. Suffice it to say that other distinguished economists have at last begun to point them out. Robert Pindyck from MIT argues that the inputs they use are so arbitrary that the models say nothing useful. Nicholas Stern from the LSE has shown how they systematically minimise the damage function.

This dispute is of more than academic interest. Right wing contrarians like Bjorn Lomborg use the same speculative numbers to muddy the political waters on climate change.

An even larger brigade of economists is responsible for the misdirection on policy. Under their guidance the dominant climate policy effort everywhere has been to put a price on carbon in order to drive low carbon behaviours in governments, companies and individuals.

This is lazy thinking. Solving the climate problem requires transformational change in our energy system within a limited timeframe. Why would you ever expect that a marginal change, the carbon price, in a marginal cost of production, energy, would bring about such change? There is nothing wrong with having a carbon price. At the margin it will be helpful. But to think it will transform the energy system is to believe in magic.

Building a carbon neutral economy will require a massive reallocation of investment capital from its current high carbon trajectory onto widely available low carbon pathways. Low carbon technologies, both those we have and those that are rapidly becoming available, are inevitably higher risk investments as compared to the well understood, but deadly, technologies we are currently using.

The price of money will be far more important than a carbon price in driving their deployment to scale rapidly. De-risking low carbon investments by lowering their cost of capital is a much stronger incentive for bringing about transformational change than a price of carbon.

If we are serious about dealing with climate change with the urgency we require then we do indeed need a carbon tax. But not to send a signal to a market. We need the revenues from a carbon tax to be recycled into paying to lower the cost of capital for low carbon technologies so that we can deploy them very rapidly.

Among the many political advantages of such a policy is the fact that this is a self-sunsetting tax. As carbon is driven out of the economy so the yield from the tax drops and eventually falls to zero. The primary obstacle to adopting such a policy will be economists, especially those in the Treasury. They seem more concerned to make the economy conform to some Platonic ideal than they are to solving the climate problem in front of us.