I will be publishing an occasional blog mainly focused on climate policy in response to misleading or erroneous things written by prominent people. 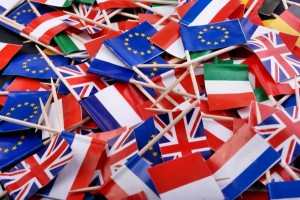 In a recent blog, ( Financial Times, May 23rd 2013 ) Nick Butler bemoaned the collapse of the European carbon price. It was, he said, ‘a serious indicator of the loss of interest in the issue of climate policy among top policy makers.’ Butler’s FT blog is one of the better informed and well judged commentaries on British energy policy. I am less persuaded by his take on climate policy.

There certainly has been a widely commented upon recent loss of interest in climate change by ‘top policy makers’. But the collapse of the carbon price is an indicator of something rather more fundamental. It is really an indicator of the vulnerability of climate policy to industrial lobbying.

The EU emissions trading system has had little impact on carbon emissions since its inception for the very simple reason the European governments caved into industry lobbying. As was pointed out at the time, the initial allocations of permits were far too high to generate a carbon price that would significantly alter capital intense energy investments.

The poor start was compounded by two other forces: a deep and prolonged recession and the growing use of renewables. This has decarbonised electricity generation far faster than anticipated when the trading system was adopted. Butler’s attribution of the falling carbon price to cheap imports of coal driven out of the US by shale gas development is odd. As he says, generators have simply found it cheaper use coal and buy the permits than to fuel switch. But this behaviour would drive carbon prices up not down so the cheap coal cannot be a reason for the collapse of the carbon price.

Butler went on the argue that a carbon tax ‘is clearly the most effective and simplest way of encouraging the shift to a low carbon economy.’ Would that it were so clear a way to avoid dangerous climate change. What is clear is you cannot have a policy that delivers both certainty of outcome and certainty of cost.

Climate change is unique in policy terms in that uncertainty of outcome amounts to policy failure.  We know with a very high degree of confidence that even to have a reasonable chance of avoiding dangerous climate change we need to achieve a carbon neutral global energy system by about mid-century. Butler is right that if all we are trying to do is to achieve a ‘low carbon economy’ a carbon tax would encourage a shift in that direction.

But that is not all we are trying to do, In fact, the only reason we are trying to make this shift at all is to avoid dangerous climate change. A carbon tax does have the political advantage of cost certainty but this is bought at the price of uncertainty of climate outcome. The reason that the cap and trade policy was adopted in the first place was because it gives certainty of climate outcome.

The achievement of the industry lobbyists, and real reason the emissions trading system is failing, was to persuade governments to accept a climate outcome of too low ambition. The defeat in the European Parliament that prompted Butler’s blog was defeat for an attempt to remedy this problem.

Butler goes on to argue that a cap and trade policy requires a global deal the prospects for which are diminishing. He may be right. They certainly do not look good at the moment. But at this point his argument wanders off into a fog. Europe is apparently doing things on climate which lead to ‘far higher’ energy costs while ‘others including specifically the US and China do nothing’. This is nonsense.

Leaving aside the fact that there are many more significant reasons for Europe’s higher energy costs, including the shale gas to which he himself refers, others are doing a lot, including both China and the US. This is the sort of disreputable jingoism more common to the Daily Mail than the FT.

Butler’s concludes that ‘Real change in the carbon intensity of the global economy looks unlikely to come through ever more elaborate attempts to negotiate international agreements or to impose costs on unwilling consumers’. Thus, ‘innovation is now the only practical way forward’.

And how is that innovation to be accomplished at the speed and scale required? And who is to pay for it? How will this occur unless it is incentivised by regulations or carbon prices? Why would any government create these incentives if others are not doing so? On these questions Butler is silent.

Musing on his blog, I find myself humming an old hit from the sixties ‘Where have all the flowers gone’ and appreciating the subtlety of this sophisticated version of the ‘do nothing’ argument.