This column features in the recently published ENDS Report 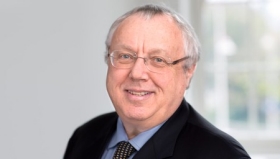 A review of the weak environmental machinery of the government is needed to counter the growing influence of the Treasury.

Whether the UK Independence Party’s surge in the local elections really is the seismic event in British politics that the commentariat would have you believe remains to be seen. Having been an engaged participant in the last such headlines shock, I have my reservations. The Social Democrat Party’s surge, for all its promise and talent, peaked within three years of its formation and was gone in seven. Its brief blaze through the political firmament did, however, keep the left out of office in Britain for nearly two decades.Not everyone will be sad if UKIP has the same impact on the right.

But Nigel Farage’s meteoric rise to prominence contains an important lesson for our increasingly diminished political class.There is a world beyond the M25. As Zac Goldsmith recently pointed out, both Farage and Boris Johnson connect effectively with voters in a manner absent from most of our politicians. They do so largely because of their disrespect for the cosy conventions of the metro-land conversation between politicians and political journalists. This has become mind numbingly managerial. What Boris and Nigel have understood is that beyond the M25 are real people who care about what is really happening to their lives. One lesson that can be drawn already from the rise of UKIP is the considerable capacity of the metro-consensus to get it wrong.

There are many issues in which our political leaders and media editors have convinced each other that as long as they get the headlines right they are putting the country right. Across the board, on everything from health and education to the EU and human rights, the bounds of public discourse are set by this metro-consensus. If metronauts aren’t talking about it, it isn’t happening.

Metro-land is an evidence-free zone. In the real world the public still cares about the environment despite the economic gloom. This should have been clear from the reaction when the government tried to sell off our forests. A torrent of metro-land propaganda has not convinced anyone to love more runways at Heathrow or high-speed rail expansion. The rampage through planning regulation ground to a halt on the reef of opposition to a free-for-all on conservatories.

It is not just environmental NGOs who are frustrated by the government’s failure to seize the opportunity to do both the economy and the environment a favour by investing in green growth. Both the CBI and manufacturers’ organisation EEF have published reports recently urging more action on green growth. Not your everyday eco-socialists!

Much of the current metro-antipathy to the environment find sits well spring in the Treasury. World business leaders are becoming increasingly alarmed at the failure of governments to tackle a nexus of global resource security issues. The World Economic Forum publishes an annual assessment of strategic economic risks. The interaction of food, energy, water and climate security issues has risen consistently to the top of their agenda.

Peter Voser, the outgoing chief executive of Shell, took the opportunity at this year’s Davos forum to launch an initiative involving his peers from the corporate world, to show the need for better management of these risks. In January, the Institute and Faculty of Actuaries launched a startling report on the vulnerability of economies to resource constraints. There is a mounting, if discreet, conversation within national security communities on the implications of environmental constraints for stability.

Alert to this, DECC officials recently proposed a review of the risks of resource constraints to the British economy. The idea circulated round Whitehall and was well supported by officials in other departments. Then the Treasury hammer came down and DECC was ordered to cease and desist. Growth is Treasury business and everyone else should butt out.

Treasury officials probably thought they were helping business.If so, they are not listening to those who actually make growth happen. Nearly a third of profit warnings by FTSE 350 companies in 2011 were attributed to rising resource prices. An EEF survey found 80% of senior manufacturing executives thought limited access to raw materials was already a business risk. For one in three it was their top risk.

The Treasury message is clear. The metro-land consensus is that fiscal turpitude is the reason for our growthless economy. Get spending under control and all will be well. Evidence about other risks to the economy and the environment that supports it is a distraction and unnecessary in an evidence-free zone.

That the Treasury has become over-mighty is a quiet but consistent theme of conversations in the margins of Whitehall. There are many reasons for its aggrandisement but among them is the fragmentation of any opposing voices within the machinery of government, in particular on the environment.

A series of random changes that it would be flattering to call ill considered mean we now have weaker machinery of government on the environment than we had two decades ago. DoE begat DETR under Prescott which gave birth to DEFRA, DoT and CLG and then spun off DECC. The result is an alphabet soup without the budget or talent to counter the malign influence of the Treasury.

It is now time for a systematic review of the environmental machinery of government to determine the appropriate distribution of duties to cope with the challenges of the 21st Century.

Tom Burke is a founding director of E3G and a visiting professor at Imperial and University Colleges, London. He also advises Rio Tinto