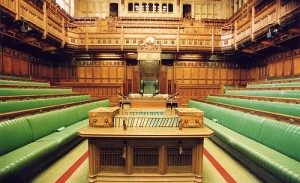 At the House of Commons debate on the Energy Bill on Monday 3rd June Lib Dem Martin Horwood expressed his view that the UK Nuclear industry is not very competitive, it is dominated overwhelmingly by one nationalised supplier EDF, and there is a risk of organising a massive transfer of funds from British bill payers to a French nationalised industry.

The scale of the nuclear subsidy has been underlined by former Friends of the Earth director Tom Burke who said that “At a strike price of £100 per megawatt hour and a 30 year contract life this would require a subsidy of 1 billion pounds per year above today’s wholesale price for electricity, this would lead to a transfer of 30 billion pounds to Électricité de France (EDF) from Britain’s householders and businesses. Should the whole of the 16 gigawatts of new nuclear anticipated by the energy minister be financed on similar terms it would cost householders and business 150 billion pounds by 2050.”

This is an enormous commitment, and one that we really need to scrutinise and make sure that there is value for money being inserted into this process.