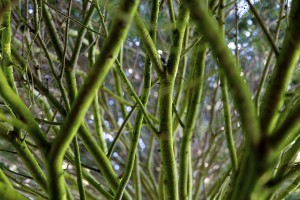 No-one one would normally look for an insightful breakthrough on global issues inside a G8 communique. These are typically boilerplate texts, long on noble aspirations and short on actionable commitments. This year’s version does however contain an important, and largely overlooked, sentence with significant implications.

Buried way down in paragraph 58 of the 96 paragraph document is the sentence: ‘We recognise climate change as a contributing factor in increased economic and security risks globally.’ This firmly removes the issue from the environment ghetto into which it has largely been consigned by governments. It takes it out of the basket of responsibility issues – to be dealt with when we can afford to – and puts it squarely in the basket of risk issues which we ignore at our peril.

Does this matter? Only if you make the connection to the dominant theme of the communique elegantly set out in its first paragraph: ‘As leaders of the G8, we are committed to open economies, open societies and open governments as the basis of lasting growth and stability.’ The bulk of the remainder of the communique is devoted to how they intend to do this. These efforts may or may not succeed.

One thing, however is increasingly clear, unless they succeed in keeping the global temperature rise below the 2°C to which they recommitted themselves in Northern Ireland they will definitely fail. The ‘safe and prosperous world’ to which they also committed themselves to building will not be available in the 4°C warmer world to which we are currently racing at an accelerating speed.

This formal recognition that climate change is no longer an environment issue but is central to global prosperity and security is long overdue. It is a small but significant step forward in government thinking but it is a very long way from being matched by government actions.

As is becoming increasingly clear from the series of reports on the impact of climate change recently published by the World Bank, two of the main casualties of a 4°C world will be open societies and the rule of law. The debacle in 2009 in Copenhagen was a failure of political will, if it is repeated in Paris in 2015 we will lose far more than a comfortable climate.